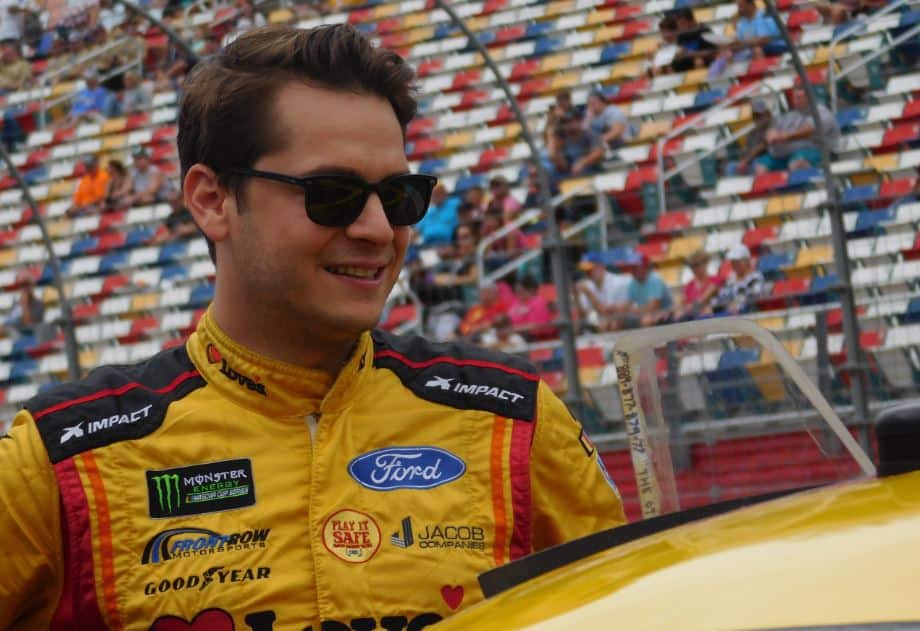 Landon Cassill will no longer drive for Front Row Motorsports next season, joining Danica Patrick, Matt Kenseth and others as free agents for 2018. The 28-year-old joined Front Row in 2016 and currently drives the No. 34 entry for the team. He was told on Monday (Oct. 9) that he would not rejoin the team to drive the No. 34 Ford for a second season.

In a statement to Jeff Gluck, who first reported the news, an FRM spokesperson said: “We’re thankful for the last two years having Landon as a teammate and an ambassador for our sponsors, and we’ll keep working hard with him and the No. 34 team for the best possible results the remainder of the 2017 season.”

“I have a unique resume in this sport right now,” Cassill said. “I think my youth is what kind of helps stay plugged in on a social side and off-track side, and then I just have a tremendous amount of experience in the Cup Series. It’s tough, because sometimes these changes are the best things for opening doors, but they’re the hardest thing in the moment. That’s probably what my family and I are going to be dealing with right now.”

Cassill has notched up 253 starts in his career racing in NASCAR’s premier division for seven different teams since 2010, with a best finish of fourth at the 2014 GEICO 500 at Talladega Superspeedway for Circle Sport Racing.

The Iowan started as a Hendrick Motorsports development driver and has gone on to start eight Truck Series races and 118 XFINITY races for four different teams since 2007.

Never said it would be easy https://t.co/SXOGFmU6Or

Cassill currently sits 32nd in the Cup Series standings with an average finish of 26.9 through 30 races.

Cassill’s biggest transgression was not winning a dozen of the twenty or so races he ran as a Hendrick development driver. Since then he’s considered third-tier by most owners and a field-filler by average fans.

Didn’t Landon Cassill fill in Danica’s car when she couldn’t race. I think he had better finishes than her and kept the car in the owners points.