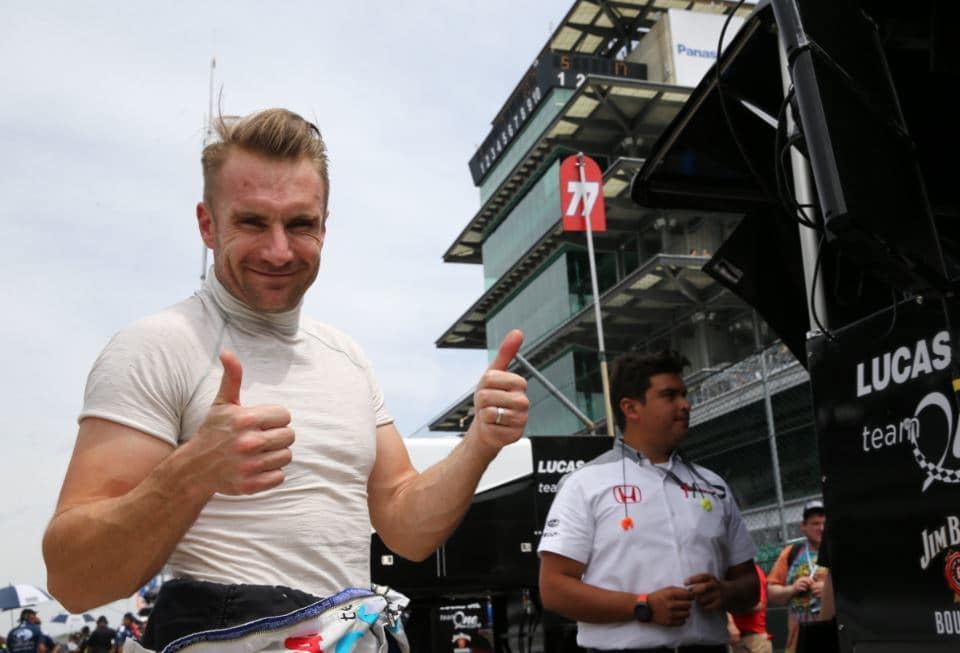 Every year, the Indianapolis 500 brings out those not-so-average drivers who put together a special deal to attempt the world’s biggest race.

Last starting a Verizon IndyCar Series event in 2011, the 36-year-old is back in the series with Schmidt Peterson Motorsports for Sunday’s 101st running at Indianapolis Motor Speedway.

And it’s already gone well, as the Basildon, England native topped the charts for the fourth practice of the Month of May last Thursday and will start mid-pack for the 200-lapper in 20th position.

“I feel really good,” Howard said after final practice Friday. “We made a couple changes the first thing we rolled out today and made a few more changes on pit road than definitely make the car better. We’re feeling good. Sunday, the weather is going to be completely different.”

With only one prior 500 start behind him, finishing 30th in 2011, Howard is a fairly new competitor at this 2.5-mile oval. So, when he was welcomed back with the with arms wide open from IndyCar fans, he was quite taken back.

“The fans are everything,” he said of their support. “If it weren’t for them we couldn’t do what we do. Them gave me a really warm welcome when I came back here. I really appreciate the love and support they give me.”

After years on the sidelines, Howard doubted the likelihood of experiencing the thrill of Indy another time. As the sport continued to innovate and experience significant changes, Howard was stuck watching from home looking for an opportunity to come back. Until now.

“You always question it,” he said of his racing career. “I always knew to stay positive and knew I would be able to do a good job when I got the opportunity. Really, just being ready, stay ready, fit, strong. Fingers were crossed that that opportunity would arise and thankfully it did.”

Despite his gratitude for comply being here this weekend, Howard wants his face on the Borg-Warner Trophy, hoping this opportunity is no one-off.

“Obviously, I would love to race every week if we can,” he said. “It would definitely be a life-changer [winning the 500], that’s for sure… for the better of course. It’s hard to put into words, I cannot imagine winning the race. It goes though your mind all the time. I’ll give it 110 percent.”