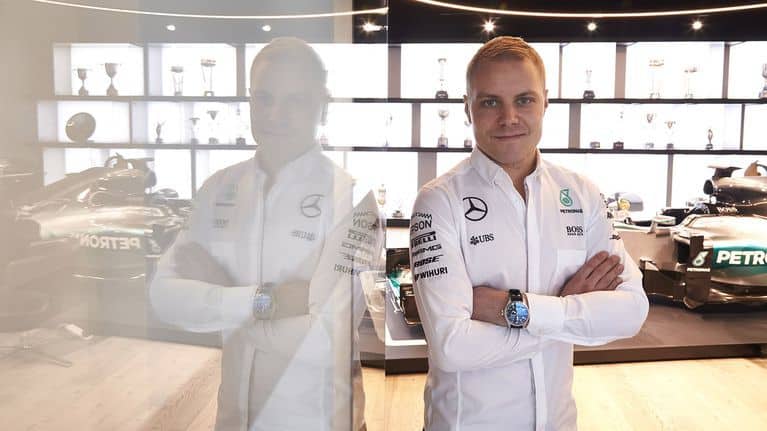 More than a month removed from the surprise retirement of 2016 Formula 1 World Champion Nico Rosberg, Mercedes AMG Petronas has found its new driver for 2017.

Valtteri Bottas, with 77 grands prix to his record, including nine podiums, will drive for the sport’s most dominant team in 2017 following weeks of speculation.

“I’m really proud to become a part of [the team],” Bottas said. “Grateful to everyone at Mercedes for trusting my skills and giving me this opportunity.”

Mercedes team boss Toto Wolff said Bottas’ past track record will only improve once the lights go out at Australia on March 26. Despite the loss of Rosberg in December, Wolff is confident for a stronger 2017.

“Valtteri is a no-nonsense guy, down to earth, straightforward and very focused. Pretty Finnish to be honest. He has an impressive track record in the junior categories and nine podiums in F1. But now it’s time for the next level. I know Valtteri, he will give it everything.”

So, a new chapter in Silver Arrows history begins… we can't wait to see what it brings! #GOBO77AS #F1 @ValtteriBottas @F1 pic.twitter.com/2oatXSYRtd

Spending his four F1 seasons with Williams F1 Team, Bottas scored his first-career points in the 2013 United States Grand Prix at Circuit of the Americas, finishing eighth. Soon, the Finnish driver exploded on the scene in 2014, racking up six podiums and fourth in the championship standings.

The success has dwindled since for the 27-year-old, scoring only three podiums while experiencing a decline in average finish and championship position. That downward spiral could end in 2017 in arguably the fastest car in any current-day motor sport.

“It’s very exciting times for me,” he said. “I think it’s going to take a while to understand that this is really happening. It’s definitely another dream come true, to race in another team with such great history – especially in the recent years, which have been so impressive.”

Pairing with the sport’s highest character in Lewis Hamilton, the cool-tempered Bottas is ready to take on the three-time champion.

“I think with Lewis, we will be a strong pair together,” he said. “I really respect him as a driver and a person. He is so quick, everyone knows how quick he is, so he is a great reference for me as well.

“I am sure we will be close and we will be both pushing each other forward. But I am sure we can work together and help the team as much as we can. We have experience, we both go flat out, so let’s see.”

He’s going to find out what kind of “teammate” Hamilton is.

The best known secret in F1 for some time now has come to pass. Bottas has been widely touted since he arrived in F1, but to me hasn’t ever really delivered. How much of that is down to the Williams he was driving remains to be seen. However I think he is in for a major challenge sharing a garage with Lewis.

I think he has more “potential ” talent than Rosberg has. I say potential because he has shown flashes of brilliance with Williams. Most notably his 2013 pole in a wet Brazilian qualifying. I think he” ll be tough right out of the gate. He” ll surprise us.

he has indeed shown flashes, as I recall he didn’t exactly roll over for Kimi on more than one occasion last year. But although I dont care for him Lewis will be difficult to be a teammate for.

For sure. Lewis is a freakish talent and he can “play” with most teammates he has.

My real concern right now is whether Manor survives. That team has been through so much it deserves to survive. I had hoped that Fitzgerald would be able to bring in the money to keep it moving forward. But obviously there was a problem there.
If the rumors that Ron and some investors are serious about buying it that could be what they need.
Then drivers?

It’s almost as if they let Hamilton pick the new driver.