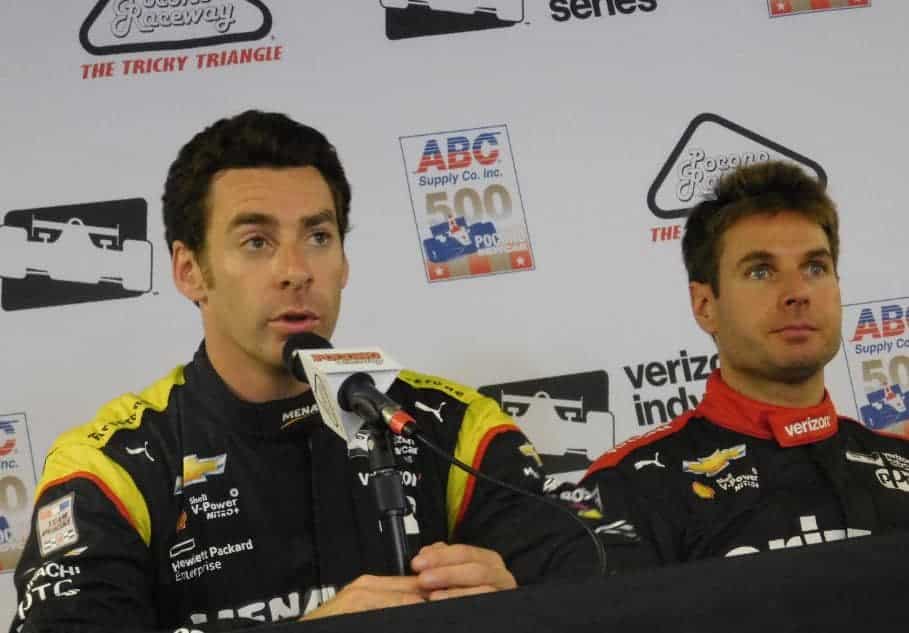 Pocono Raceway has solidified itself as a championship cruncher once again.

“The car bottomed [out] and went straight into the wall, so I had no steering,” Pagenaud said. “It felt OK leaving the pits and Turn 3 was fine, Turn 2 was fine, it’s a weird one for me.”

Qualifying a season-low 14th for the green flag, the Frenchman lacked speed throughout the day, as he hoped to steal a result through fuel mileage.

“We dint have such a great car today so it was just important to save fuel and be in the top 7,” he said. “That’s where we would’ve been. It’s really a shame for sure.”

With Team Penske teammate and title rival, Will Power, taking the victory in the event, Pagenaud’s comfortable 58-point advantage in the championship has now turned stressful, shrinking to 20 points, as he suffers his first DNF of 2016 with three races remaining.

“Certainly a real shame for the championship,” he said. “I already had the boxing gloves on. It’s certainly not the way I wanted to see it happen today but it happens. This is my first mistake of the year.”