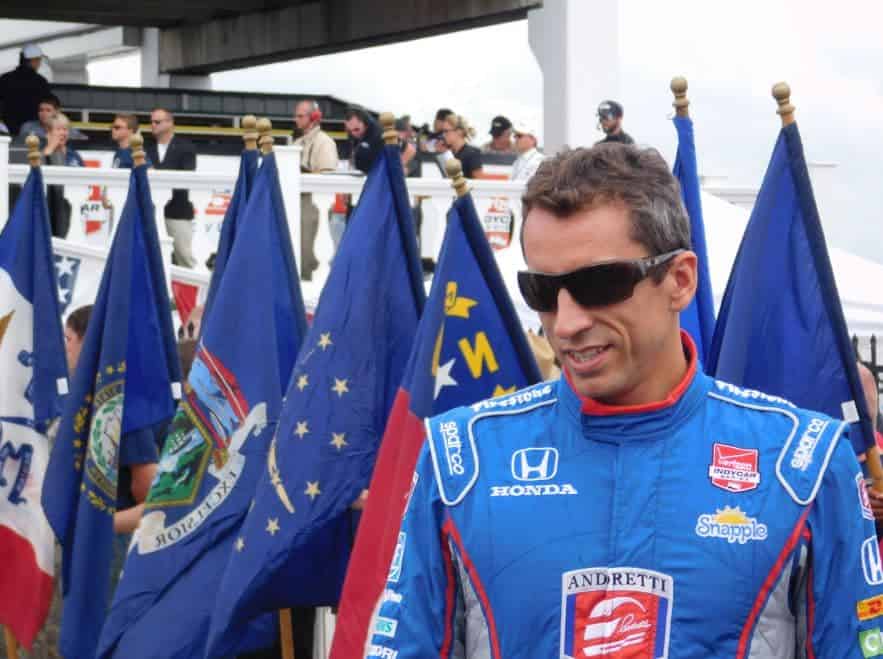 As the Verizon IndyCar Series approaches the ABC Supply 500 at Pocono Raceway this weekend, the sport is on the verge of another step forward in moving on from tragedy.

Following the death of three-time Indianapolis 500 starter, Bryan Clauson, this past week, the series finds yet another shocking reminder, as it approaches the one-year anniversary of Justin Wilson‘s fatal accident that took place at Pocono last August.

Standing as an accomplished Englishman in America’s open wheel racing series, Wilson’s life was lost following a crash at Pocono last August that caused debris to fly into his open cockpit. During an August 4 test on the 2.5-mile triangle, many drivers entered the gates of Pocono for the first time since that dark summer day.

“There are obviously a lot of emotions for a lot of people returning here,” said Scott Dixon, four-time IndyCar champion. “Spending a fair amount of time here after the race, as well in this area, it is hard.”

Emotions were palpable, expectations were varying and the role of safety continued to never higher. And with the race weekend next on the calendar, most have their eyes on moving forward.

“You’re thinking about the whole family,” Dixon continued. “You just wish things were different, that’s all you can do. It definitely puts a bit of a damper coming back here.”

Adding to Dixon’s thoughts, Chip Ganassi Racing teammate, Tony Kanaan, feels it is also important for the fans to continue to show up, as well as the drivers.

“I think we’ve been building our fanbase [at Pocono] quite a bit,” Kanaan said.  “It’s been a pretty exciting race for the fans I would say. If you watch the races on TV there are a lot of passes, the straightaways are so wide that you can go four and five wide.”

Returning to the schedule in 2013 following a 24-year hiatus, the Pennsylvania track has received lukewarm reviews regarding the on-track competition and style of racing. With only three cautions in the 2013 and ’14 races combined, last season was a different story with 12 cautions, more than half the field failing to finish and some of the most aggressive racing in recent memory.

Following the highly competitive race – despite the tragic end – drivers believe the fans will continue to show up if IndyCar does the same.

“I expect everybody to show up,” Kanaan said.  “I know we left here last year very sad for a very unfortunate incident but we need to put those things behind us and move forward.”

“It was obviously a hard time here last year losing a friend,” he said. “Not to sound cold in any way, shape or form but we’re here to get prepared for the race. When we’re out doing our job, we’re professionals. You’re really not thinking about that. Coming here, I have total confidence in not only the racetrack, but the series and their constant push to make things safer.

“What we do, there is a little bit of crazy involved there. We’re all prepared for [a fatal accident at any track]. There wasn’t a question that is was a track thing, it was a racing accident in my mind.”

Charlie Kimball knows the danger of Pocono as well as anyone, as he crashed into the catchfence during qualifying for last year’s event. For Kimball, this weekend will be all about remembrance to the Wilson family.

“Just remembering and keeping the Wilson family in our thoughts a year on is tough,” he said.  “I think, as a series, as drivers, as teams, we’ve learned from last year. Sometimes it sucks that it takes an unfortunate incident like that to drive change. I think it will continue to drive change and make progress and that’s what matters.”

One year ago, Graham Rahal entered the “Tricky Triangle” in prime championship contention, sitting only nine points behind then-point leader Juan Pablo Montoya. However, a hard Turn-3 crash took him out of the event, significantly damaging his title hopes. Returning to Pocono, Rahal believes it is best to put the bad memories to the side to properly prepare for this weekend’s action.

“Justin was a good friend of mine for sure, a big influencer in my life,” Rahal said. “To be honest, you have to keep your head held high and just focus on the task at hand. I don’t want to say it’s part of the job because it shouldn’t be but you have to focus on today and not worry about the past too much.”

With increased attendance throughout the 2016 season, Rahal hopes to continue the trend come race day

“What it comes down to is the fans,” he continued. “We’ve had great attendance – I don’t think people have talked enough about how strong the IndyCar attendance has been this year. As long as the fans keep coming, we’ll keep coming back. That’s the key. We have to make that work.

“We’re very different than NASCAR with their TV revenue program. We need the fans in the stands. I hope we see some growth here, I know we’re working hard with our dealership group that is based around here to try and reach out to our customers to get them to come out to the track.”

Josef Newgarden, who finished second at Pocono last year, will see this weekend as an overall healing process for himself, the track and the entire sport.

“I think the healing process for [Wilson’s death], it’s ongoing,” he said. “I think for racers, getting back inside the racecar and driving, particularly at racetracks where things have been tough. That’s probably the best healing medicine.

“Last year was a very difficult thing for the entire community, with who Justin was. I think coming back here, it’s part of the healing process. Drivers, they want to get back in the car, they want to keep doing what they do and any driver would tell you that. That’s the best remedy to try and heal the process.

“This is one of the best tracks we go to, it has a lot of rich history with IndyCar,” he said. “It’s nice having another superspeedway in addition to Indianapolis. It’s the same size of Indy, you get big speeds there and I think you get the same thing here.

“I think with IndyCar, we like uniqueness. We like this being a three-corner track compared to traditionally four- or two-cornered tracks. If we were to lose that, I’d be disappointed about that, personally.”

Announced on August 10, Pocono signed a two-year extension, granting it a spot on the IndyCar schedule through the 2018 season. Charlie Kimball is likely on the list of happy drivers following the announcement.

“The IndyCar Series is extremely versatile with short tracks, road and street circuits, superspeedways,” Kimball said. “It’s nice to have more than just Indianapolis over that 2-mile racetrack, 500-mile race mark. It’s unfortunate not to have a full Triple Crown but I think having Pocono on the schedule is good for the fans.”