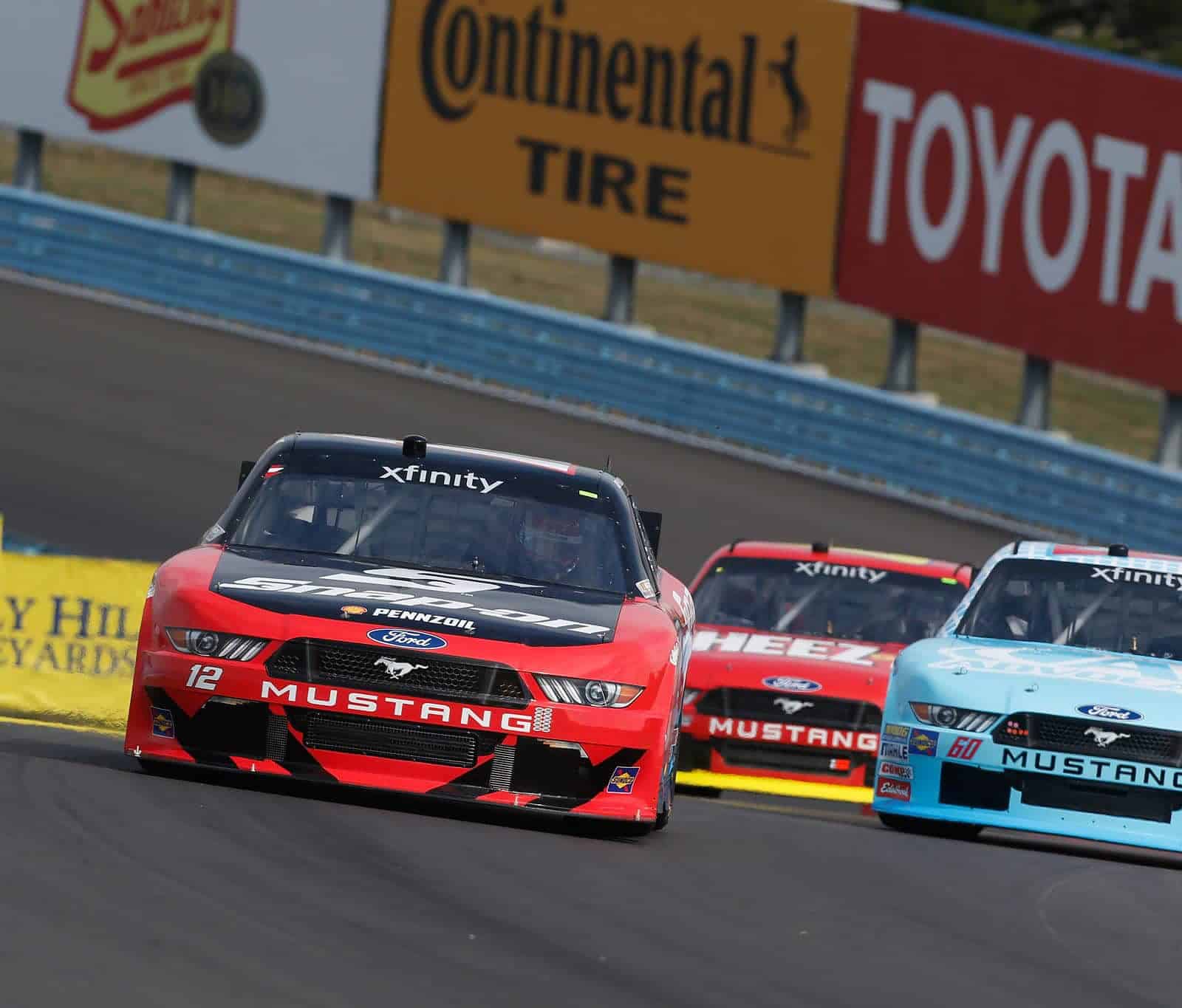 Sprint Cup: Drivers Honor Bryan Clauson: Though this weekend has seen more fish caught than laps turned for the Sprint Cup Series – who wrapped up their final off-weekend of 2016 – a few drivers spent some special time at one of the premier dirt tracks in the United States.

Just three days following the death of Bryan Clauson, a past NASCAR XFINITY Series talent who passed away on August 7 following a midget car crash, top NASCAR stars went out to the Knoxville Nationals in Iowa to pay tribute to Clauson, while healing the massive hole left behind from the tragedy.

So while the entire racing world has had to endure another monumental blow, the NASCAR side is always willing to give a hand. – Zach Catanzareti

XFINITY Series: Who Gets Team Penske’s Second Car? – Team Penske announced earlier this week that the organization would once again field two full-time entries in the XFINITY Series, beginning in 2017.  The new team will give Penske a chance to have an NXS driver compete for the championship next year.

The question is, who gets to drive the car?  While there is always potential for a surprising hire, there are two drivers who stand a better shot than most at landing the new ride.  The first is Tyler Reddick, who currently competes in the Camping World Truck Series with Brad Keselowski’s team.  Reddick has performed well in the Truck Series, racing to 34 top tens in 52 starts, including two wins.  In fact, Reddick came just 15 points shy of winning the Truck Series title last season.  Reddick has yet to score a victory this year and is locked in a tight battle to make the Chase.  Yet Reddick could still be following Ryan Blaney’s path from BKR truck racer to rising star of Team Penske.

Meanwhile, BKR also announced that Austin Cindric would run three races with the team, beginning with Bristol on Wednesday.  Could those races be a stepping stone for Cindric to the XFINITY Series?  Cindric has very little NASCAR experience, but he is well-connected with Team Penske.  He also turns 18 in September, meaning he would be old enough to run the full NXS season next year.  Do not be surprised if Cindric winds up in a Penske car sooner or later. – Bryan Gable

Sports Cars: An Interesting Weekend for Always Evolving Racing – Always Evolving Racing had a very interesting weekend at the Utah Motorsports Campus. First, their No. 1 driver James Davison was suspended for Round 16 after the team had already arrived at the track. Craig Dolby was tapped to fill in for Saturday’s race and ended up doing Sunday’s as well.

Dolby ended up qualifying and finishing tenth on Saturday in the No. 33 Nissan GT-R GT3. Sunday saw Dolby set the second quickest time in the morning warm-up, then move up from 11th on the grid to finish eighth in Round 17 Sunday afternoon. With Sprint-X (requiring two drivers per car) being expanded to five race weekends in 2017, Dolby is being evaluated as a potential driver for the Sprint-X races next season.

As for the team’s other driver, Bryan Heitkotter, he had a career weekend. Qualifying third, Heitkotter was able to slip past Cadillac’s Michael Cooper and K-PAX Racing‘s Alvaro Parente on the first lap of the race to take the lead. Cooper and Parente later collided, preventing them from having any further part in the battles at the front and bringing out a full course caution. Once the green came back out, Heitkotter pulled away, set the second fastest lap of the race and claimed his first career Pirelli World Challenge win.

On Sunday, Heitkotter started second and quickly got past Calvert Dynamics‘ Michael Lewis to take the overall lead on the first lap. From there, Heitkotter had to deal with Bentley Team Absolute‘s Adderly Fong. The Hong Kong resident stalked Heitkotter for much of the race, especially in traffic, but could not do anything with the Nissan GT Academy graduate. Heitkotter, a former full-time competitor for Doran Racing in the IMSA Continental Tire SportsCar Challenge, held on to take the weekend sweep. Just goes to show that anything can happen in racing. – Phil Allaway