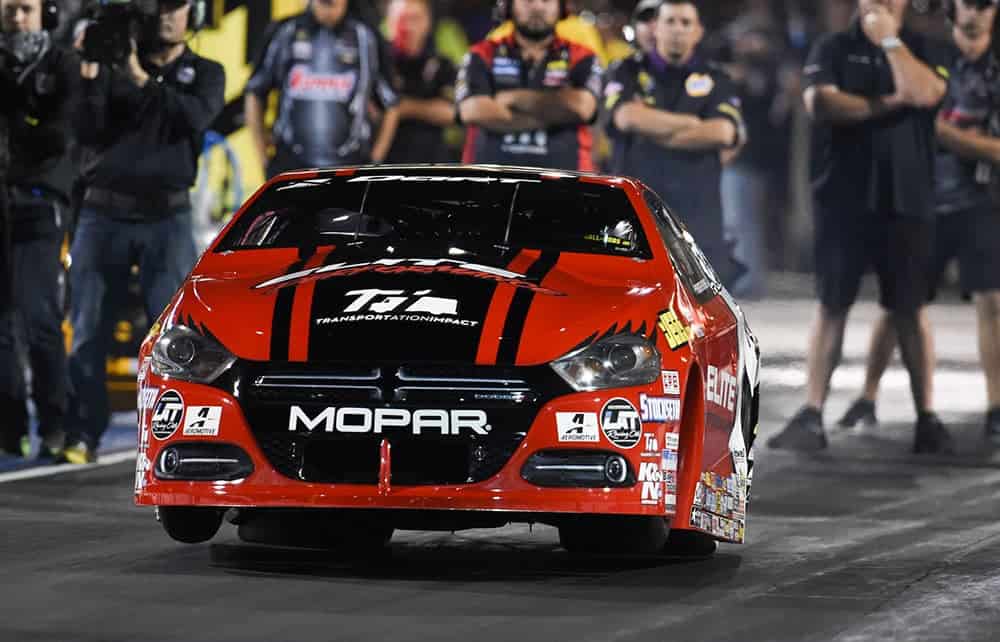 There seems to be a disconnect between the popularity of female drivers in contrast to their marketability that has never quite made sense. It has been the case across all  motorsports, not just in NHRA, but I was reminded of it again recently.

Sending articles out through social media provides an informal analytic of popularity. Mention Leah Pritchett or Brittany Force or Erica Enders, and watch the number of impressions and interactions with that tweet just blow up. Run a most popular driver contest and throw in a female driver and there’s a good chance she’s going to win. For the most part, female drivers often tend to be big fan favorites.

Oddly, though, fan favorites don’t always translate to marketing favorites, a disconnect that has never quite made sense. One would think that a driver who is popular, liked by many, and very visible would be a sponsor’s dream, and yet women seem to struggle to find those partnerships. Erica Enders is a two-time champion but the hardest part of what she does is not the on-track performance, but rather finding corporate support.

Is it because the automotive industry, a big player in motorsports sponsorship, doesn’t seem to think that a female makes a good product representative in a male dominated sport? Conversely, perhaps the products that would target female consumers don’t believe there are enough females watching the sport to make the effort worthwhile. Clearly both sides are wrong.

Going with a female driver is an excellent way to appeal to both male and female fans. Female fans love to see women out there, proving that they can keep up with the boys. Girls look to these drivers as role models to show them what they can do. Many men like the female drivers too, some because they like to see the women showing they can do it too, others perhaps for the same reason the female fans are so fond of Matt Hagan, and that’s fine. There’s nothing wrong with liking a driver because they are attractive.

* Del Worsham left Seattle with the new Funny Car national E.T. record of 3.832 set during the final round of qualifying. Worsham actually reset the record twice, breaking his own 3.841 record setting time from the third round. The DHL Camry stayed fast, with Worsham advancing to the final round against Ron Capps, a matchup that will be contested in Brainerd due to last weekend’s rainout.

* Courtney Force escaped serious injury Sunday after her Funny Car made hard contact with the wall in a first round elimination. Force was attempting to pedal the car when it cut hard left into the wall. She exited under her own power but was visibly limping and was taken to the hospital for scans and X-rays. Tests revealed no broken bones or serious injuries and Force has an off week to recover before the series next races in Brainerd.

2009 – Won sixth consecutive Top Fue championship, the only driver to ever do so; won eighth U.S. Nationals.

2008 – Fifth consecutive Top Fuel world championship; tied Greg Anderson for most wins in a season with 15; appeared 18 times in final rounds out of 24 races; swept the Western Swing; nine times No. 1 qualifier.

1996 – Ran his first NHRA national event and went to the final round.

Some things most people don’t know about Tony: While Tony has never actually been in the Army, his long-time sponsor has sent him out on a wide variety of training activities, something that also helps him relate to the soldiers he represents. It’s apparently had an effect because when asked what sort of things he’d like to try, the answer is probably something his sponsor could arrange, like flying in a squirrel suit. When he’s not racing, one of Tony’s favorite things to do is ride his Harley-Davidson motorcycle.

It’s a video double feature starring the Force sisters, Courtney and Brittany. First up is the incident that took Courtney Force out of the race and off to the hospital in Seattle last weekend. Force did not sustain any serious injuries and intends to be back in two weeks in Brainerd.

Brittany Force has this suggestion to improve NHRA drag racing. It might have come in handy last weekend when the notoriously wet Northwestern weather struck Pacific Raceways.

Word of the Week: Staging Lanes

The area of the race track leading to the strip where the cars line up and wait to make their runs. Cars are put in order and paired up while they are in the staging lanes.

The Frontstretch Countdown to the Countdown – Win a VIP NHRA Experience! 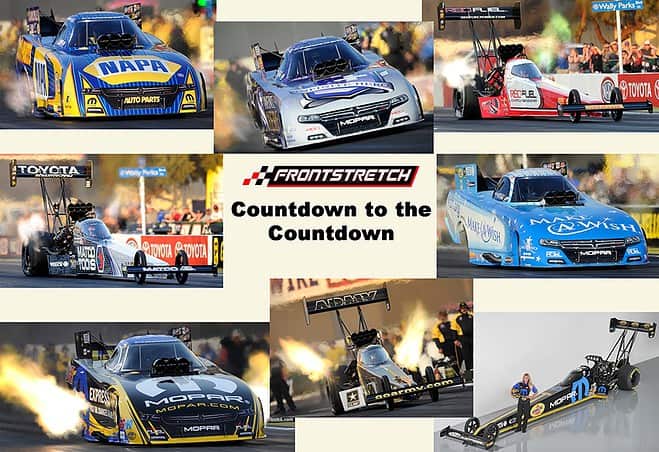 Click here for more information and to enter. Deadline to enter is 9 PM ET Monday, September 5, 2016.