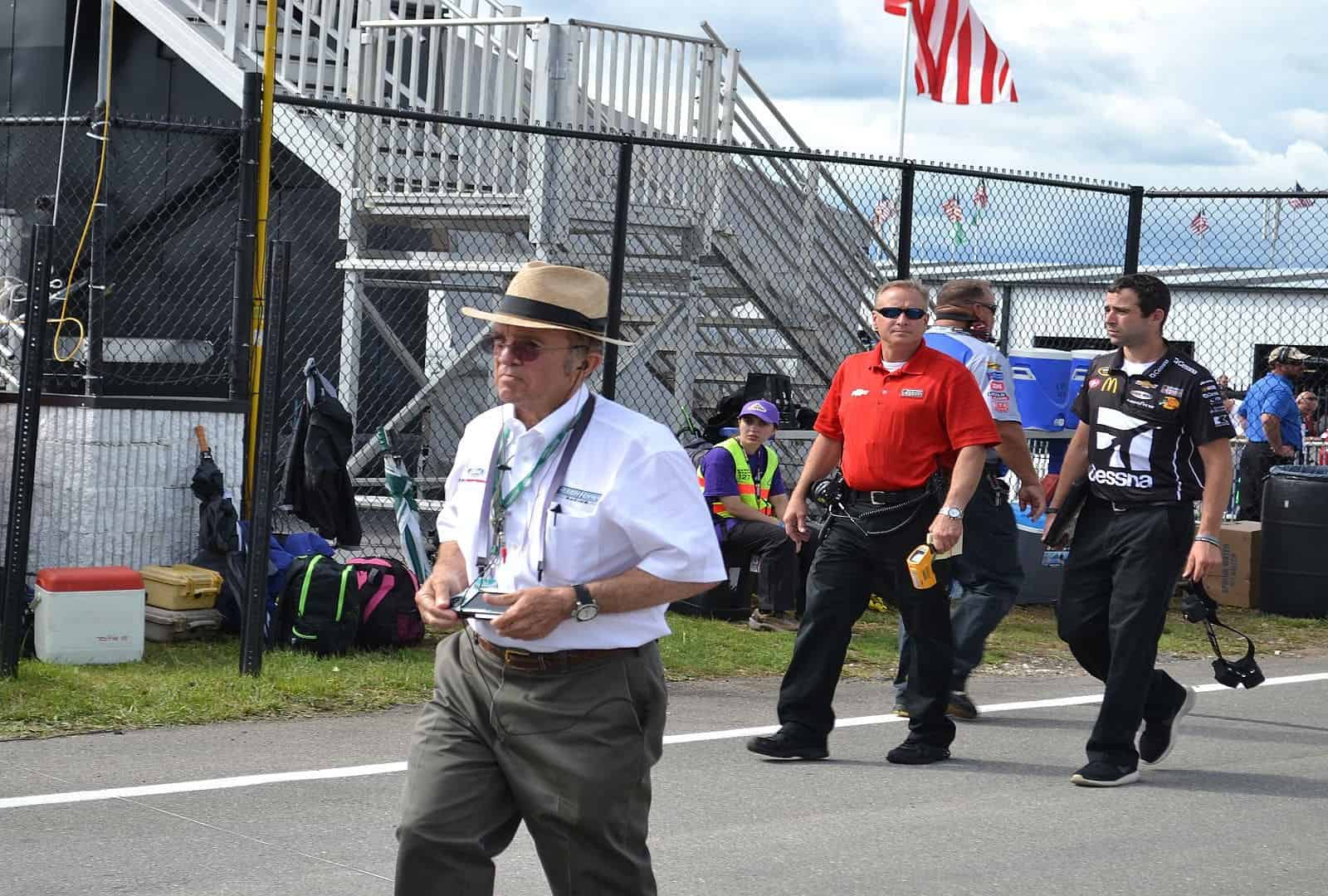 The 'Cat in the Hat' is among the newest class of NASCAR hall of fame nominees. (Photo: Anthony Lumbis Sr.)

Stats abound about drivers at each race. Like, did you know there have been six different drivers to score their first-career wins at the Coca-Cola 600 at Charlotte Motor Speedway? Or that Jimmie Johnson led nearly 85 percent of the laps in the 2004 running of the race?

Drivers get all the attention because they’re the ones wheeling the car, but there is another important aspect of a race team that is often overlooked in the stats packs. Not crew chiefs, not crew members, but team owners. After all, without someone putting the whole package together, drivers like Johnson can’t go out and dominate.

So let’s take a look at some of the stats for team owners in NASCAR’s longest race.

First off, while it is well known that 31 drivers have won a running of the Coke 600, there have been 23 different faces fielding the cars. This ranges from the little guys of yesteryear like Tom Friedkin and Nord Krauskopf to today’s super teams of Hendrick Motorsports and Joe Gibbs Racing. Twelve of these owners were only victorious once in the event, while three teams have won more than five races – Richard Petty Motorsports, Richard Childress Racing and HMS.

These owners have fielded eight different makes throughout their triumphs, with Chevrolet winning 23 times thanks in large part to RCR and HMS’ 16 combined wins. Roush Fenway Racing and Wood Brothers Racing have led the way for Ford with four wins each. Dodge was brought to Victory Lane by teams such as Evernham Motorsports and Team Penske. Toyota has won twice with Michael Waltrip Racing and Joe Gibbs Racing.

In fact, MWR’s triumph in the rain-shortened 2009 running served as the team’s first win just two years removed from an abysmal debut at Daytona International Speedway. For JGR, last year’s victory with Carl Edwards in its Toyota ended a 20-year winless streak in the Coke 600, a streak that dated back to Bobby Labonte’s win in 1995.

Other teams with long gaps between wins? RCR went 18 years between Dale Earnhardt’s final 600 triumph in 1993 and Kevin Harvick’s win in 2011. Junior Johnson won his first Memorial Day event in 1969 but had to wait 16 years until Darrell Waltrip won him his second and final race in 1985.

And while the Wood Brothers went five races between wins in the 1980s, it is nothing compared to its streak right now – 28 years have passed since the team’s last win in 1987 with Kyle Petty. But fellow Ford team RPM has it beat, with 38 races since the last time the team won.  To put that in perspective, both the team’s current drivers Aric Almirola and Brian Scott weren’t even alive yet when team owner Petty put the No. 43 in victory lane.

Some teams have gone on a tear, winning multiple races in a row. HMS’ Johnson won three in a row from 2003 to 2005, while Earnhardt, Darrell Waltrip (twice) and Jeff Gordon have all defended their wins the next year. Roush Fenway Racing won four in row at the turn of the millennium, with Jeff Burton, Matt Kenseth and Mark Martin all winning over the four-year stretch.

Others have used multiple drivers to add to their numbers. HMS has seen five different winners, including Casey Mears’ only win to date. Petty has seen four, while Holman-Moody, Wood Brothers and RFR each used three.

And for all the domination that Team Penske and JGR has seen the past two season, they combine for only three wins in this race. In fact, Penske’s lone win came in 2010 with Kurt Busch. No wins for Ryan Newman, Rusty Wallace, Brad Keselowski or Joey Logano.

But Gibbs can lay claim to something that only three other owners can say – his teams have won this race in two different millennia. RCR, HMS and RFR are the only other that can make this claim.

Notable owners that have yet to win this crown-jewel race? Stewart-Haas Racing, Chip Ganassi Racing and Furniture Row Racing. With the way all three have been running this season, however, it wouldn’t be a stretch at all to see them become the 24th unique owner to triumph on the greatest day of racing.