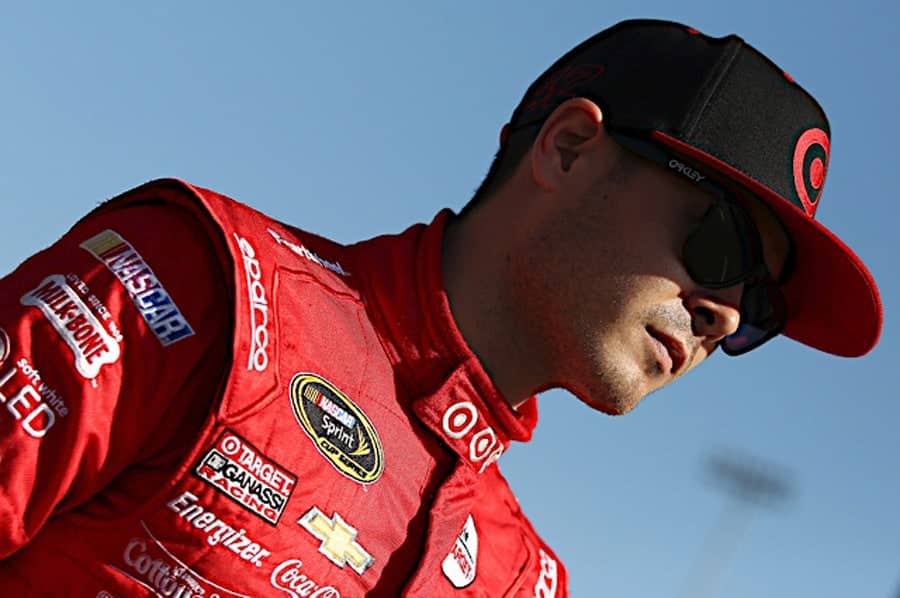 Looking out the windshield, the yellow rear bumper of Matt Kenseth loomed large in the closing laps, and Kyle Larson, who’s got a reputation for being extremely aggressive, had to have been tempted to use his bumper to push Kenseth aside, and he had a couple of opportunities to do it. Larson raced Kenseth with the respect due to the veteran racer, and while it didn’t gain Larson his first career win, it was the kind of driving that others will remember—racing hard but with respect.  Perhaps the day will come when the roles are reversed, and Larson can hopefully expect to be raced the way he raced on Sunday—hard, aggressive, but also clean.

Two things this week.  One, the racing at Dover was some of the best we’ve seen in years despite a multi-car crash late in the game that ruined the days of several drivers who should have had much better finishes to show for their trouble. It was reminiscent of the pre-Chase days when drivers weren’t either running conservatively for points or testing for a Chase they were already all but locked into.  The tire and aerodynamic combination once again provided hard racing throughout the field and lots of passing.  Clean air still meant a little too much, but it was a much better race than we saw a week ago.

Two, the Chase still plays a large role in how races transpire; perhaps too great a role. Dover is a track teams will revisit in the Chase, and it’s a tricky one. A few teams whose Chase spots are assured took it fairly easy on Sunday, and a few others, not strong enough to win, chose the conservative route. Things did get volatile late, illustrating what Dover used to look like, before the Chase changed everything.  Is the playoff format worth sacrificing much of the season for, or do fans deserve more races like Sunday turned out?

Kevin Harvick had a great start, leading laps and making up ground on the leaders when he wasn’t leading.  Harvick had a strong recovery after spinning in fluid from Reed Sorenson’s detonating car and had worked his way back into position to race for a win when a late crash dashed his hopes and relegated Harvick to a 15th-place finish.

Jimmie Johnson led his 3000th career lap at Dover Sunday, and was the leader on a restart with just over 40 laps to go when a transmission failure in front of the field not only ended Johnson’s day, but the resulting pileup involved a total of 18 cars, including Harvick, Kyle Busch, and a handful of other strong teams and drivers.  Johnson was clearly shaken afterward by the magnitude of the crash he felt responsible for.  He did get back on track to finish, but 25th was a long way from the front where most expected him to be at a track where he’s got more wins than any other driver.

Today was a first for me, the shifter locked up on my shift from 2nd to 3rd. Apologies to everyone collected.

Single car incidents marred the early going, a couple of two-car tangles heated up the middle laps, and Martin Truex, Jr. had a hell of a save after Tony Stewart dumped rear-end grease on the track, and there was generally more action in the race than Dover has handed out for a while.

Turns out the Monster Mile was just warming up.

It was the 11th of the dozen cautions that flew that got everyone’s attention. ON a restart with with 45 laps to go, leader Jimmie Johnson stacked up the field when his transmission failed, and when the smoke cleared, 18 cars were involved; Johnson and everyone else involved were unhurt (Aric Almirola may have fractures his pinkie finger but there were no major injuries).  Among those involved were seven of the ten drivers to lead laps during the race (and a seventh, Carl Edwards, crashed a few laps later), the defending series champion and the reigning Most Popular Driver.  It was a crash that looked more like what you’d expect at Talladega but was reminiscent of Dover races before the Chase changed drivers’ approach.  All in all, the caution flag waved 12 times Sunday, and 24 cars were involved in something to some degree.  The high degree of carnage marred the day somewhat, but it was certainly memorable.

Because he was the only one left after the late-race carnage?  Not exactly, but Kenseth’s two-tire stop that put him on the front row with Jimmie Johnson on the restart where everything went so wrong for Johnson (and much of the field), allowing Kenseth to assume the lead and avoid the carnage. He was able to hold off a hard-charging Kyle Larson at the end, letting Larson and Chase Elliott use up their tires and taking his first victory of 2016 after a trying start to the season.

How…did the little guys do?

Ryan Blaney, Wood Brothers Racing: Blaney was solid all day, and that meant that when trouble brewed late in the race, Blaney was in just the right position to avoid it.  The car behind him was one of the 18 involved in the late restart mess, but Blaney slipped by in the nick of time to score his fifth top-10 of the season.  The team, while in a technical alliance with Team Penske, sets up and prepares its own cars at the end of the day, and with few notes and a rookie driver, they’ve looked like the Wood Brothers team of old lately. Consistency is still a bit of a speed bump, and Blaney’s Chase hopes hinge on the team finding it this summer.

Clint Bowyer, HScott Motorsports: After a another poor start, Bowyer was able to work his way forward, and his involvement in the crash triggered by Jimmie Johnson was negligible, leading to a 12th-place finish—a significant accomplishment for the team.  Where the team needs to find speed is in practice and qualifying—Bowyer does gain ground during races but often starts too far back for it to mean much.

David Ragan, BK Racing: An early call to stay out under the first caution of the day backfired when Ragan had a flat tire a few laps later and had to pit anyway.  Still, making gutsy calls and taking risks is a step toward running better, and this team is making gains nearly every week.  The team was able to regroup after the initial gamble and stay out of trouble afterward, which paid off with Ragan’s best finish of 2016.

Matty owes Jimmie a big steak dinner!! And Jimmie owes a lot of guys a big steak dinner. Will the very vocal Matty the Whiner stop blaming Logano for his morning latte imperfections now that he lucked out with this win? Just asking. Time will tell…..

Why can’t you give it a rest. When it comes to whining , you are hard to beat.

Gee Davey, I am not responsible for you liking or disliking of my posts. I assure you I don’t give a good God damn and won’t stop cause you are offended..More importantly you reading them repeatedly and getting heartburn over it, reeks of stupidity..and then YOU WHINE ABOUT IT! Pretty Dumb.

A better race than Dover has put on for several years. Amazing to me that NASCAR finally pulled its head out of the sand and made some changes to improve their product after insisting for so long that everything was just fine. Is there still room for improvement, yes, of course, but at least it’s progress – even if they waited way too long to do it.

I agree, too, that the chase has been a detriment to racing over the entire season and continues to be, but NASCAR will keep its head firmly buried in the sand on that aspect forever it seems.

Big Seventh Question of the race: Who failed post-race inspection? Kasey Kahne, that’s who. Now let’s hear the roars of disapproval and the demand for Kasey to be suspended, executed, and given a DNF instead of a 4th place finish.

I guess everyone was so surprized Kahne finished so high that they couldn’t react to his car failing.

Bill B
Reply to  Broken Arrow

I demand for Kasey to be suspended, executed, and given a DNF instead of a 4th place finish.

Amy, I know you don’t like Carl, but you didn’t mention that he had a little help from Larson when he crashed.