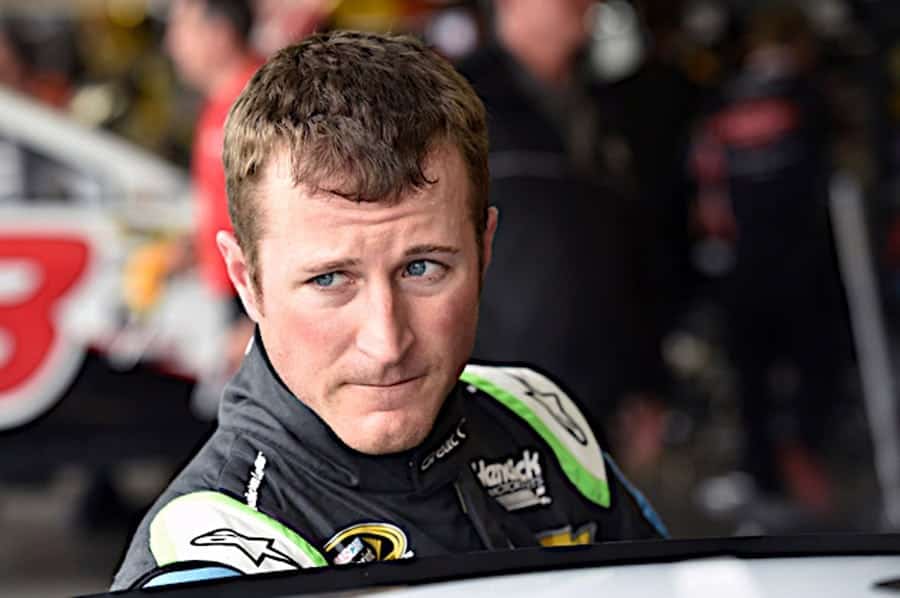 Returning to the sight of his first Sprint Cup Series win back in 2005, Richmond International Raceway seemed to bring out the best in Kasey Kahne on Sunday afternoon.

Grabbing a much-needed fourth-place finish in the Toyota Owners 400 at Richmond, Kahne was excited to be back racing in the front of the field.

“We have had a lot of these in the last year or two years,” Kahne said. “It was nice to run up front, nice to be competitive. We had a great restart there at the end to get a couple spots and got a top 5. That was good.”

With no cautions in the opening 157 laps, Kahne continued to battle the slick track conditions showcased under the hot Virginia sun. Conditions like Sunday suit the dirt racer in Kahne like no other as he used every inch of the race track to make passes.

“Usually the night races here you run right on that white line,” Kahne said. “Even though the tires are worn out, you run right on that line. Today, you could find some grip across the entire track, use some of the bumps to get the car to load and unload and turn. Then up by the wall, it was just more of a cleaner area. The higher you went, that track was a little bit cleaner.”

The new tire combination from Goodyear brought a new, undiscovered level of difficulty for the field. Though it was no win for Kahne, he enjoyed every bit of it.

“When you have a tire and a race track that gives you those capabilities, it makes for an exciting, fun, great race,” he said. “I enjoyed every bit of it today. I enjoyed this car, the package we had this year is the best it’s been in a long, long time.

“That was really encouraging. The performance of the team all weekend long. We didn’t get all out practice in but we got a lot of it in.”

Jumping to 14th in the standings, Kahne is now in the battle for the 16-driver Chase Grid. With crew chief Keith Rodden on the pit box for the second straight year, the relationship hit a strong note on Sunday.

“The communication side with Keith and the engineers and what we went on and the direction we went was really solid,” Kahne said. “We had a great car. It was strong weekend for our team.”