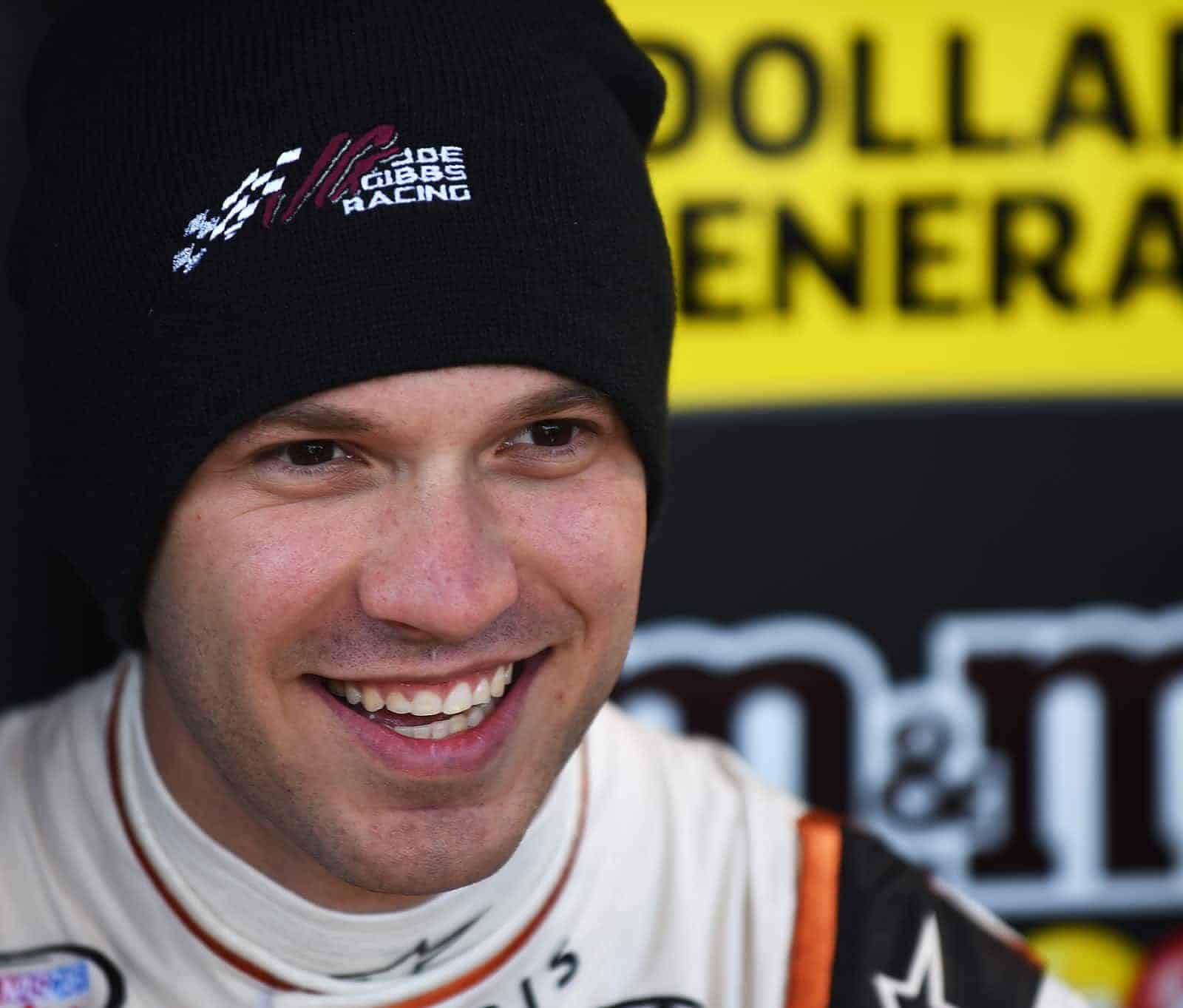 President Barack Obama started his presidential campaign prior to 2008 with the words “Change we can believe in.” Change occurs generation after generation, making adaptations to new technologies and resources available throughout the world.

As the world continues to develop, NASCAR has been in the midst of reaching a new generation of fans for quite some time. Programs such as the Chase for the Sprint Cup, the NASCAR Green initiative, the Gen-6 car, a digital dashboard and other innovations have helped the sport catch up to the likes of the NBA, NFL and MLB.

However, this time of change has brought plenty of controversy for the world of stock car racing. Competing with other forms of motor sports, NASCAR has a lot on its plate. Spicing things up in its developmental divisions has been a key to success, propelling a new generation of drivers through the rankings. But in a sport that simply lacks diversity, having just one minority driver in its premier division (Kyle Larson), it has forced NASCAR to make rapid, seemingly unforeseen changes.

While some fans may be exasperated by the changes to the Sprint Cup Series over the years, NASCAR continues to reach the younger generation. As a member of that demographic, I cannot help but applaud the sport for creating new initiatives as people tend to associate the sport with the redneck stereotypes that surround it. But thankfully, NASCAR is changing that for the better.

Heading into the 2016 season, there will be plenty of new faces in different places, as per the casual flow of the offseason drama that surrounds the sport. In addition to the new driver line-ups, NASCAR has added a playoff system to the XFINITY and Camping World Truck Series. It is one that has received much criticism from people, including myself. However, it is one that is essentially an attempt to create common ground between the traditional fans and the new ones, who like to see playoff battles and compare NASCAR to the big three.

A: Hi and thanks for reaching out! My thoughts on the new Chase format can be seen in what was my final Eyes on XFINITY column at the beginning of January.

With the new format, it will certainly help the middle-tier within each division. If a driver like Ryan Reed can win a race, it evidently gives him a shot at earning a much better result than originally anticipated. But let’s break it down for each division.

Who does it help?

Daniel Suarez: In the final six races in 2015, he jumped from eighth to fifth in the standings. Earning a top 10 in each of those events, a Chase format would have propelled him even higher. With more experience heading into 2016, Suarez will certainly benefit from the Chase.

Brendan Gaughan: Each year, it appears that Gaughan has the speed to compete for wins in a handful of events. That was the case in 2015, when he nearly won at Fontana and was quite strong at Chicagoland in the summer. As the veteran of the XFINITY Series, he looks to take advantage of the playoffs by pacing himself as a driver running in and around the top 10 and likely maintaining an average finish just above 12th or so.

Ryan Reed: Reed would have made the Chase last year based on his win. He had an abysmal season other than that, failing to earn a top 10 throughout the rest of 2015. However, with Phil Gould moving to the No. 16 team, Reed looks to take advantage of the Chase in his third year with Roush Fenway Racing.

Brennan Poole and Brandon Jones: The two top rookies entering 2016 are expected to compete for top 10s on a weekly basis in the XFINITY Series. Consistency will be the key for these two drivers, but they can certainly take advantage of the Chase if they position themselves in the right situations. However, Jones has a reputation for tearing up equipment, wrecking in five Truck Series races last year, which could be a difference maker in 2016.

Jeremy Clements, Ryan Sieg, Ross Chastain and Blake Koch: Don’t be surprised to see any of these names in the Chase in 2016. Each of them have the potential to compete near the top 10 on a weekly basis. But it will be a stretch for them to make the Chase. Koch has the best ride of his career, benefitting from an alliance with Richard Childress Racing. Clements finished 2015 with a career-high average finish of 19.8 for his small team. Sieg was the most consistent of the independent drivers, earning 15 top 20s in the final 16 races. Meanwhile, Chastain has emerged as the leader at JD Motorsports and looks to pick up the momentum from his four top 10s in 2015.

Who does it hurt?

Essentially, it hurts whoever is leading the championship when the Chase begins. It takes away the momentum that the regular season champion will have, along with pausing their efforts. The leader coming into the Chase also loses any advantage that they will have in the standings.

Besides the first place driver, any driver in the championship battle has the potential to suffer as well. It has happened to Jimmie Johnson over the past two years, and frankly, it can occur just as easily in the XFINITY Series. If all goes as it has the last two years in the Sprint Cup Series, there will be at least one major title contender that will fall out of the hunt for the championship because of the Chase.

Who does it help?

The rookies: There are plenty of them this year, and it will certainly be a benefactor for them. If they can sneak in a win or two like John Hunter Nemechek did, then a Chase berth is obviously evident. However, the likeliness of this happening quite high, especially with an incredibly tenacious rookie class, which includes Christopher Bell, William Byron, Austin Wayne Self, Rico Abreu and Grant Enfinger.

Each of these rookies are with quite strong organizations. Byron has the qualities that Erik Jones represented last year, exemplifying them in the K&N Pro Series East and in the Late Model ranks. Along with Byron, each of them have the capabilities of winning at least one race, hoping to take advantage of the Chase format by being aggressive, attempting to impress sponsors and potential team owners.

Who does it hurt?

Matt Crafton: After finally finding the recipe for success in the Truck Series, Crafton will have to re-adjust to the new format. I expect him to still be fine, especially coming off a season with a career-high six wins. However, coming down to the Chase in 2015, he had hiccups last year at Talladega and Phoenix, which was the difference maker to begin with.

Anyone that doesn’t win: Six series regulars were victorious in 2015. If a driver doesn’t win, they’ll need to be extremely high in the standings in order to make the Chase. However, with the stronger field, a win is a must to make the Chase. Any drivers without wins will drop back in the points, costing them confidence heading into the final stretch of the year, along with potential job loss due to not making the Chase with high expectations.

Will it promote awareness for the two series?

It depends on how it plays out. Things can either go extremely well for both divisions, or it will mess things up.

Both divisions have a reputation at stake. If NASCAR can pull this off, which I believe it can now that both divisions have stronger driver line-ups compared to 2015, it will be a major win for the sport. It essentially creates a common ground with the Cup Series, something that has been missing since the Chase’s inception in 2004.

However, the lack of a Chase was what made the XFINITY and Truck Series different. Though former XFINITY champions Ricky Stenhouse, Jr. and Austin Dillon have struggled at the Sprint Cup level, it is not due to the lack of a Chase in the lower tier, but rather both drivers struggling to adjust to the tougher competition.

As the sport looks to even out the three divisions, the Truck and XFINITY Series will at least have one thing: commonality with the Cup Series. Whether it helps the awareness of the two series will depend on multiple factors, including the outcome, any drama stirred up by the Chase and any other circumstances that have not been seen in the past.

Have a question? Email me at Joseph.Wolkin@Gmail.com and make sure to check back next week when we’ll answer your questions on all things NASCAR.