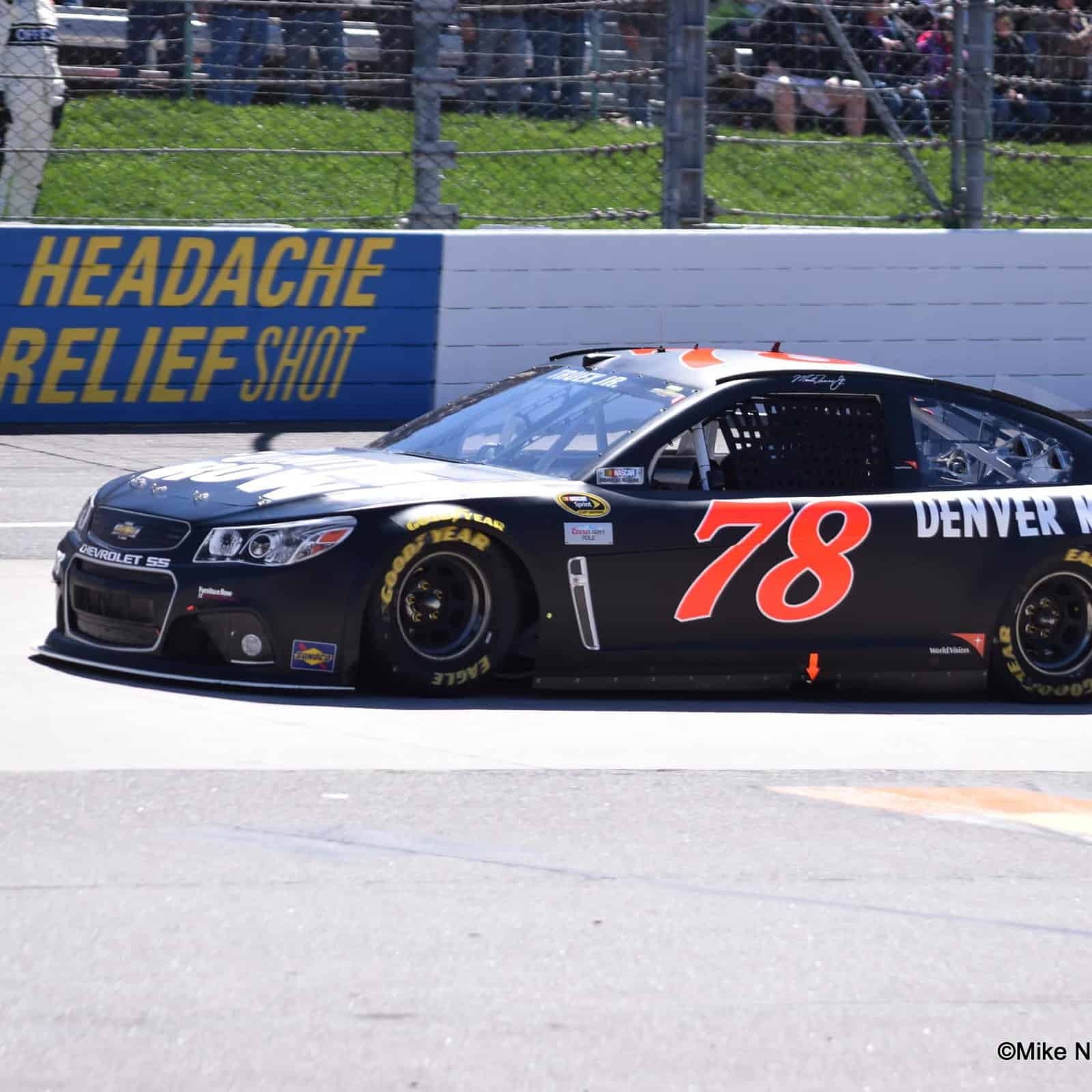 Martin Truex Jr. has found himself left out of many of this year’s Chase conversations, despite sitting third in points right now. In fact, he even tweeted about it earlier this week.

But that still doesn’t phase him. He even loves being able to fly under the radar.

“I think it’s great. I think it’s a perfect position for us to be in,” Truex Jr. said on Friday morning. “The only pressure we have is what we put on ourselves. We know what we’re capable of, and if we fall short of that we’re going to be disappointed. There’s no outside pressure. There are no expectations for us.

“We don’t have to worry about what anybody else really says of thinks about it. It’s a good position to be in. We’re really challenging ourselves. Cole (Pearn, crew chief) is challenging the team, the guys at the shop, and the cars we’re building.”

Though Furniture Row Racing is a single-car team based out of Colorado, Truex does not look at it as a negative.

“The advantage for us is that it’s easy to focus on where we’re at and what we’re doing and not worry about other teams or other cars in our stable or anything like that,” he said. “We’re ultra focused on the No. 78 car and doing everything we can try to be one of those four that make it to Homestead. So far, everything is going really well and everybody’s done a great job and we’ve got to finish it off.”

Earlier this year in the May race at Kansas Speedway, Truex qualified fourth and led 95 laps before a late-race pit stop for fuel relegated him to a ninth-place finish, a much lower result than the No. 78 team expected to post after the race they had. But he’s looking forward to racing this weekend.

“It’s been a good track for us as a team. It’s been a good track for me as a driver. With Talladega looming next week, we’re hoping for a good weekend,” he said. “We had a great race weekend in general [in the spring]. We qualified well and were fast all throughout practice and had a really great race. And then it came down to pit strategy and tire strategy calls that kind of took us out of the running for that win.

“I feel really good about coming back here. I think we’ve made some really good progress on our race cars since then. A lot of guys have, obviously; the competition level has really stepped-up. We’ve had to follow suit. But I was pleased with what we had at Charlotte last week and the direction we’re headed, and I think this will be a great weekend for us.”

In 14 starts at Kansas, Truex has four top-five and five top-10 finishes, including a pair of runner-up results in 2012. He finished fourth in this race last season.