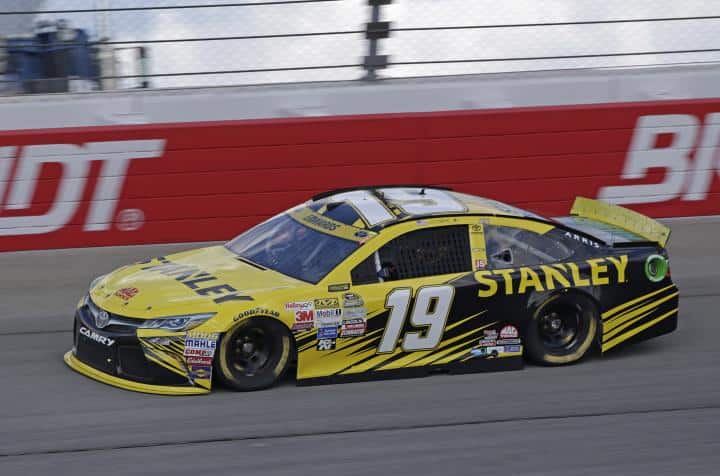 So far it’s all been coming up Joe Gibbs Racing in the Chase for the Sprint Cup. After winning last weekend’s race at Chicagoland with driver Denny Hamlin, the organization topped the speed charts in the first practice session for the Sylvania 300 at New Hampshire Motor Speedway on Friday with Carl Edwards.

Dale Earnhardt Jr., Jamie McMurray, Jeff Gordon, AJ Allmendinger and Matt Kenseth rounded out the top 10. In all, eight of the drivers in the top 10 are competing in the Chase.

Clint Bowyer was the lowest-placing Chase driver at 26th.

All 44 cars who are entered this weekend practiced during the session. Timmy Hill was slowest, bested by one spot by BJ McLeod, looking to make his series debut for Circle Sport. Ryan Preece, also attempting his series debut, was 38th.