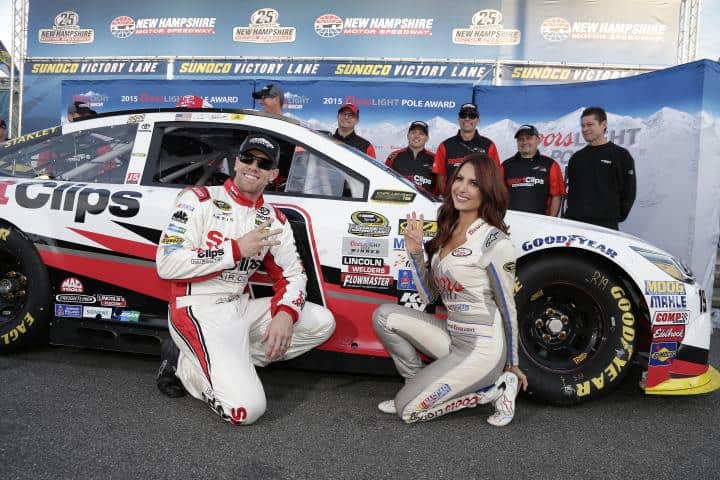 Edwards posted a 27.604-second lap to claim the Coors Light Pole Award for Sunday’s Sylvania 300 at New Hampshire. The result is Edwards’s 16th career pole, and his second at the 1-mile Loudon, N.H. oval.

Kevin Harvick laid down a 27.631-second lap to join the front row for the eighth time this season. The defending Cup Series champion is looking for strong performances over the next two weeks after suffering a 42nd-place result at Chicagoland Speedway.

Most Chase for the Sprint Cup drivers were successful with their qualifying attempts. 15 of the 16 eligible drivers made the second round, with only Clint Bowyer (26th) failing to advance.

Travis Kvapil did not qualify for Sunday’s race after failing to make his way into the 43-car field on speed.

The stars of the Cup Series will return to NHMS on Saturday at 9 a.m. ET for an early practice session.