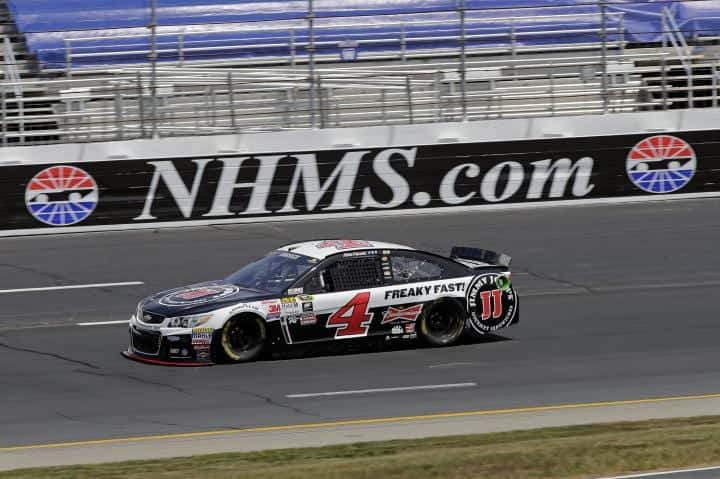 Gray skies greeted the 46 Sprint Cup teams gathered at Chicagoland Speedway when the green flag fell on 85 minutes of practice. The original grandmaster plan for the session was to get a little race practice and some qualifying practice as well.  However, the weather forecast forced teams to go out and do mock qualifying runs. As a result, the number of laps run was depressed a little.

On his final lap of practice, Kevin Harvick turned in the fastest lap of the day with a time of 28.675 seconds (188.317 mph).  That lap was six-hundredths of a second faster than fellow chaser Joey Logano. Team Penske teammate Brad Keselowski was third fastest, while Martin Truex Jr. was fourth. Austin Dillon was the first non-Chaser in fifth.

A couple of drivers who had problems during the session were Jimmie Johnson and David Ragan. In Johnson’s case, he ended up 12th quickest, but struggled like heck to get there. Johnson spent most of the session fighting an ill-handling Lowe’s Chevrolet prior to changing over to the qualifying setup so that he could get his mock qualifying run in.

For Ragan, he had a spin during the session. Luckily, the Aaron’s Toyota did not hit anything. However, Ragan ended up a disappointing 29th quickest, a little more than a half-second off the pace.