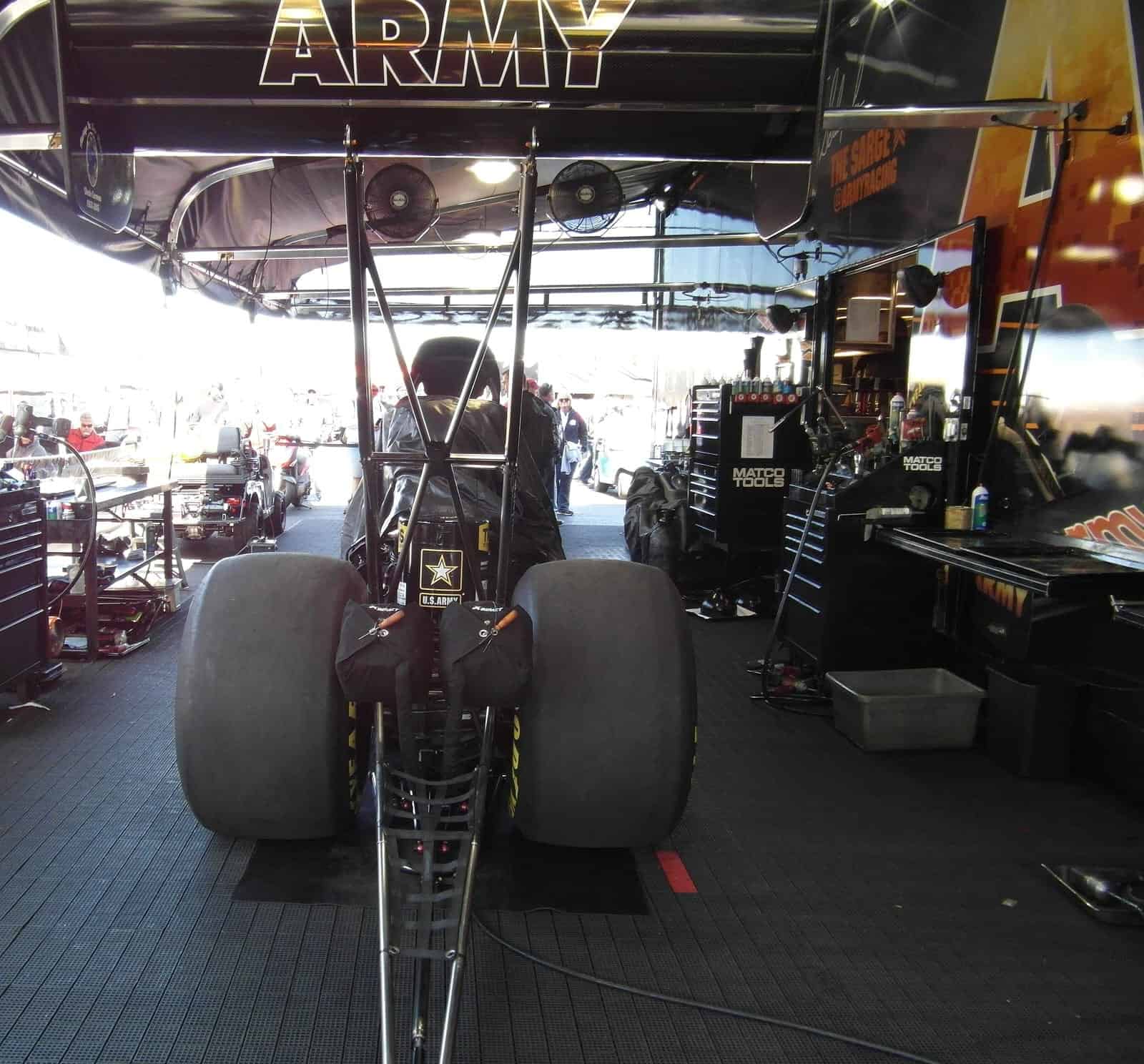 This weekend is not only the biggest race of the NHRA season, the Chevrolet Performance U.S. Nationals, but the weekend will also feature the Traxxas Nitro Shootout for the Top Fuel and Funny Car categories. This is the all-star event for the Nitro-powered NHRA categories. The first seven winning drivers of the season qualify, or the current points leader and first six winners if that driver is not among the winners (they happen to be Tony Schumacher and Jack Beckman, so no worries, they are) make the field, plus the fan vote/lottery winner.

It’s been debated in other series whether or not an all-star event is wasteful. It’s not an invalid question given the cost of tires, fuel, parts, engines and the risk of wrecking a car. Part of what makes NHRA’s interesting, though, is that it incorporates these events into the qualifying for an event weekend, not just for the Nitro divisions but also for Pro Stock’s K&N Horsepower Challenge. This of course would not work in NASCAR, but drag racing lends itself well to the format, allowing the event to occur at little extra cost to teams.

That’s a win all around because let’s face it, all-star events are a pretty great thing. Besides the chance to win a little extra money, in this case for making runs they were going to make in qualifying for the most part anyway, everyone loves to earn bragging rights. It’s a win for the fans, too. Sure, they would have come out to see qualifying anyway probably, but it gives them a little more to root for. Don’t think some camps haven’t gotten some excitement out of supporting their drivers with the fan vote, too.

2014 – Four runner up finishes; three time No. 1 qualifier; qualified for her first ever Countdown to the Championship.

Some things most people don’t know about Brittany: Brittany is still looking for that first win but she’s been to the final round six times in her three years in Top Fuel, four times in 2014, her sophomore season, and twice so far in 2015. Brittany and her sister Courtney were responsible for pursuing and landing her current sponsorship deal with Monster Energy. She didn’t really plan to run in the Mello Yello Series, let alone in a Top Fuel car. Brittany was running in a Top Alcohol dragster in the Lucas Oil Series and was content to stay there when she got the opportunity to test in a Top Fuel car, something she’d always considered crazy and way too fast. Force says she will always try something once, so she couldn’t pass up the opportunity. It took just one full pass to make her change her plans and pursue Top Fuel. She also said the category was attractive because it was different.

“We’ve only done Funny Cars. That’s all we’ve ever known. So I thought it would be something exciting and it’s been a challenge bringing a Top Fuel car into our pits, because we’ve only known Funny Cars,” she says. “It’s something new. It’s exciting.”

Number of the Week: 5

The number of drivers across both Top Fuel and Funny Car who have competed in all three prior Traxxas Nitro Shootouts and who will again be competing this weekend. They are Antron Brown, Schumacher, Capps, John Force and Courtney Force.

This weekend is a biggie, the biggest of the year in fact. It’s Chevrolet Performance U.S. Nationals weekend. That’s three big days of coverage. If you’re kicked back at home enjoying the holiday weekend, be sure to catch some of the NHRA coverage to make your weekend complete.