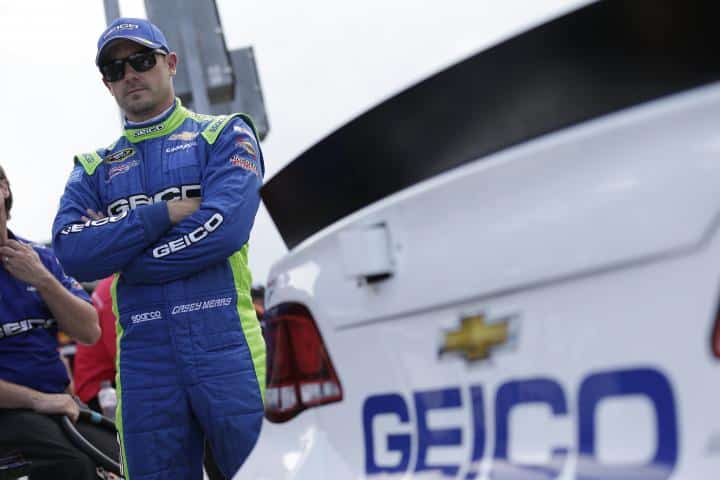 Germain Racing announced on Tuesday that Casey Mears will drive the No. 13 GEICO Chevrolet in 2016. The relationship between Mears and the single-car operation stretches all the way back to 2010.

“I’m really happy to announce that Casey Mears is back in the No. 13 GEICO Chevrolet SS next year,” said Bob Germain Jr. in a release. “He’s been an integral part of the team’s growth and success over the past five years and I am confident he can continue to help us move forward and reach our goals. We’ve come a long way as a team, and assembled a group of extremely talented people who enjoy working together. As the team owner, that’s really the thing I’m most proud of. And, of course, the long-term support of GEICO has given us the stability we needed to make it all happen.”

Germain Racing has come a long way since Mears first joined in 2010. The team did not bring home a single top-10 finish in the first three seasons. Since 2013, Mears has taken the No. 13 Chevrolet to one top-five and five top-10 finishes.

“It’s really exciting to drive the No. 13 GEICO Chevrolet SS again in 2016,” said Mears in a release. “I think that it’s been a long time in the making here at Germain Racing, being competitive at the Cup level. It’s been a long process to get the GEICO program to where we are now. We are finally starting to see some of the benefits from all the hard work from the last four or five years. I’m very excited to carry on the GEICO relationship and to be a part of Germain Racing’s continued growth.”

The California native will enter his 14th consecutive full-time season in the Sprint Cup Series next year. He has driven to one victory, 13 top-five and 51 top-10 finishes. He has also started three races from the pole across 434 starts.