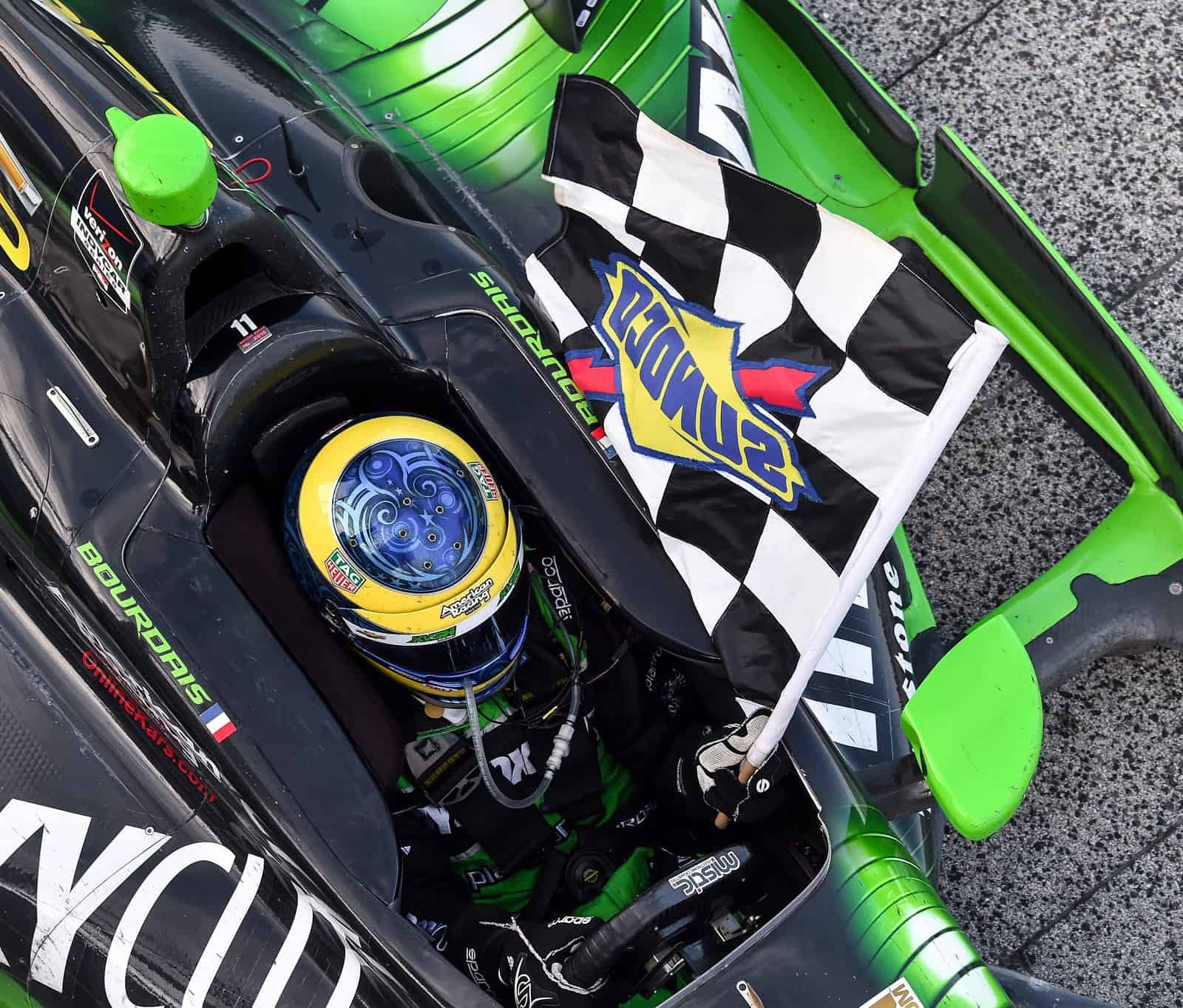 In a Nutshell: For much of the race on the flat 1-mile track, two-time race-winner Josef Newgarden looked to be running away to victory. Though Ryan Briscoe posed a serious challenge, a terrible pit stop pushed him back in the field and Newgarden maintained the lead. Then, the yellow flags changed things. Two yellow flags in the center of the race changed the strategies for teams and with it, Sebastien Bourdais and his team owner and strategist Jimmy Vasser, chose a bold move. Bourdais took the lead when others pitted and that move proved to be the difference. As the only car on that schema, Bourdais paced the field and held on after a late caution flag to earn his second win of the year.

Key Moment: The key moment came as two moments. When James Jakes brought out the caution flag on lap 114, the field bunched up and brought about a dramatic restart. The adage ‘caution breeds cautions’ came into play as on lap 131, soon after the restart, Briscoe got loose, spun, and collided with Will Power as he tried to pass by on the outside lane. When most of the field pitted after the caution, Bourdais stayed out on tires that were 10 laps old. He then drove away, showing that he had both the skill and the car to beat.

News: The big question that surrounds the race at Milwaukee is whether or not INDYCAR will be returning to the track next year. With the series in negotiations with Road America, also in Wisconsin, there is debate regarding the ability to sell the public on both. The fact that bringing in crowds at Milwaukee continues to be a problem does not help the matter. This situation is a difficult one, as the racing at the 1-mile track seems decent, but if people aren’t showing up for the races… well that says everything.

Ed Carpenter prides himself on his oval racing acumen and has done well at showing that he is at home on those types of tracks. For the early part of the race, Carpenter looked like he had no business being out there and went down at lap. Through shrewd pit stops, however, he gained back his position on the lead lap and after running in the 20s, scored himself a 10th-place finish. With his teammate, Newgarden taking fifth, that’s not a bad day for the upstart Carpenter-Fisher-Hartman Racing organization.

HELIO CASTRONEVES: “I was pushing to the limit, no question [about it]. I knew the Hitachi car would be very good, but the [No.] 11 car (Bourdais) was very fast. That seemed to be the key here. That was a hell of a job by the guys.

SEBASTIEN BOURDAIS: “On these ovals, you can go from hero to zero and back to hero again. I guess that’s my story. Never did I think we could come up through the field and pass everybody. It’s just unbelievable. It’s what these places do to you. When the car is right, it’s so, so special.”

The series rolls into Iowa next weekend for the Iowa Corn 300. Once again, NBCSN will be airing the event, which can be seen at 8:00 p.m. ET on Saturday, July 18th.