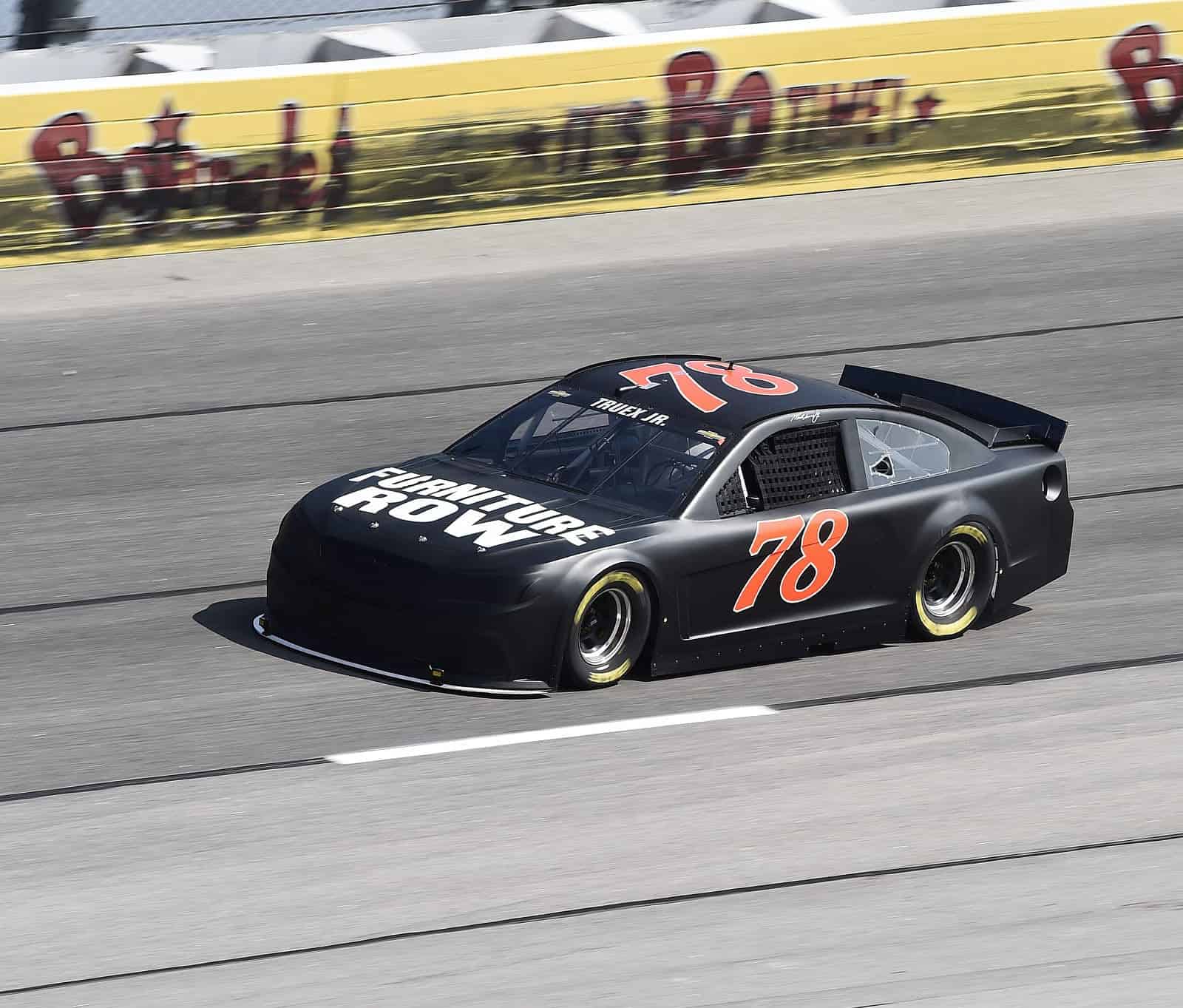 It will be 10 years this September since the No. 78 Furniture Row Racing Chevrolet rolled out of the Sprint Cup garage for the first time at the Dover International Raceway. Kenny Wallace was behind the wheel of a Chevrolet rented from the now defunct PPI Motorsports team. Wallace started dead last and finished in the 34th position, 23 laps down to the leader. The team would return for one more start at Phoenix later that year with Jerry Robertson piloting the car and current general manager Joe Garone on top of the pit box. Robertson’s day ended after completing only 51 laps due to engine failure.

It was an ominous start for the unique and somewhat unusual team that was based out of Denver, Colo., thousands of miles from the hub of NASCAR in Charlotte and sponsored by owner Barney Visser through his company, Furniture Row. The team’s debut hardly registered a blip on anyone’s radar. But those close to the situation understood Visser’s commitment to racing and knew those early days were simply planting the seeds for future success. This team was not about making a splash out of the gate, it was focused on building a solid foundation for decades to come.

The roller coaster ride since that fateful September afternoon in 2005 has been well documented. The team went from missing races with a revolving door of drivers to building consistent finishes and winning its first race in the 2011 Southern 500 with Regan Smith. In 2013 it qualified for its first Chase with Kurt Busch piloting the black, white and red Chevrolets. After a miserable 2014 with new driver Martin Truex Jr., both driver and team are back with a vengeance in 2015, finally breaking into Victory Lane at Pocono Raceway after months of knocking on the door.

Still, the team’s work is not done. While chasing that first championship is still the highest priority, Garone and company have unresolved business goals to attend to. A second team and the funding to go with it has been on the to-do list for several years now. In fact, securing sponsorship for the team’s flagship entry is also needed.

“It’s a huge amount of money” explained Garone when asked why the team doesn’t simply expand the Furniture Row sponsorship to a second team. “The truth is we’d like to get some of the [No.] 78 sponsored to take some of the burden off of our current sponsors. It would take a primary sponsor to do a second car for sure.”

Garone went on to explain that the multiple names seen on Truex’s Chevy should not give the impression that the team has multiple backers.

“The other sponsors are all related to Furniture Row. Denver Mattress, Oak Express, Sofa Mart and Bedroom Expressions are inside the [Furniture Row] centers themselves.”

The team’s sponsorship search has been ongoing over the past few seasons without securing a deal, but that does not mean there hasn’t been interest. There just has not been the right kind of interest as sponsorship is a two-way street in NASCAR. In fact, Garone doesn’t even like the word sponsorship.

“To me, the word ‘sponsor’ refers to something like a company sponsoring a bowling team. A sponsorship is really a partnership. As a race team, it is such a big business, you need to work together and become a team with your sponsor. As a race team, you need to understand what your partner’s needs are, what their goals are and then come back to put the things in place to make that happen and execute on those plans with precision. There is a lot of assets that come with a NASCAR sponsorship. ”

Never has that been more true than in the world we live today where such assets extend well beyond the logo on the car as Garone continued to name just a few.

“You have social media which has become so powerful over the past few years. You have at-track entertainment where companies can bring potential clients or employees. It’s a great reward for employees to come and have a great time at the track.”

The B2B opportunities can be especially beneficial to NASCAR partners, which are among the reasons why car owner Visser utilizes the sport for marketing his own company.

“There are other Fortune 500 executives at the race which present some great B2B opportunities” explained Garone. “These are people that are at the same event with the same mindset so it’s a great place to do business. A lot of deals happen at the racetrack.”

With so much involved with just the marketing piece alone, it can be especially burdensome for any small team, especially one from Colorado, to fulfill those responsibilities and expand to a second team at the same time. But Garone points out that his team is more than ready to execute on both initiatives, thanks to the groundwork that they have been laying since that inaugural 2005 season.

“We have a lot of things in place already so we don’t need to start from scratch.” However, Garone emphasized that the right amount of ramp up time is necessary in order to hit the ground running. “The timeline for obtaining a sponsor in time to start an additional team for the next season various from team to team” he stated. “For us, I wouldn’t want to go much past July or August. To do it and do it right, you need a long runway for the right preparation. The shorter it is, the more you set yourself up for failure.”

While the team’s performance thus far in 2015 has raised expectations both on the track and in the front office, the correlation between the two is as obvious as one might think.

“Very simply, performance rules” Garone stated quite candidly. “It makes everything better from an awareness perspective on the parts of both the race fans and the business community.”

Based on that theory, one could expect a second FRR team to be fully functioning and funded by the 2016 Daytona 500 given Truex’s historic start to this season. However, that is just part of the equation, going back to Garone’s desire for the right partnership, not just any sponsorship.

Beyond fitting the right profile for the individual team, Garone stressed the importance of identifying a sponsor with a target audience that is in line with the sport’s fans as well.

“It has to be a company that wants the exposure that NASCAR can deliver. Ideally, the sponsor should be looking for the nationwide presence and the enormous viewership that NASCAR offers.”

Finding that right partnership is an ongoing process for every team in the NASCAR garage, no matter how successful or funded they may be today, and Furniture Row Racing is no different. Considering their humble beginnings a decade ago, it would be understandable if Visser’s team was satisfied with their status as championship contender this season. But champions never rest on their laurels. So while crew chief Cole Pearn and Truex work to stay in front of the pack every week until the final checkered flag flies, Garone and the marketing staff continue the search for further funding and expansion. After all, the only thing better than having a winning racecar is having two winning racecars.

Tony Lumbis has headed the Marketing Department for Frontstretch since 2008. Responsible for managing our advertising portfolio, he deals with our clients directly, closing deals while helping promote the site’s continued growth both inside and outside the racing community through social media and traditional outlets. Tony is based outside Philadelphia.

I hope they add a car. And it would be AWESOME for Truex to win the championship.