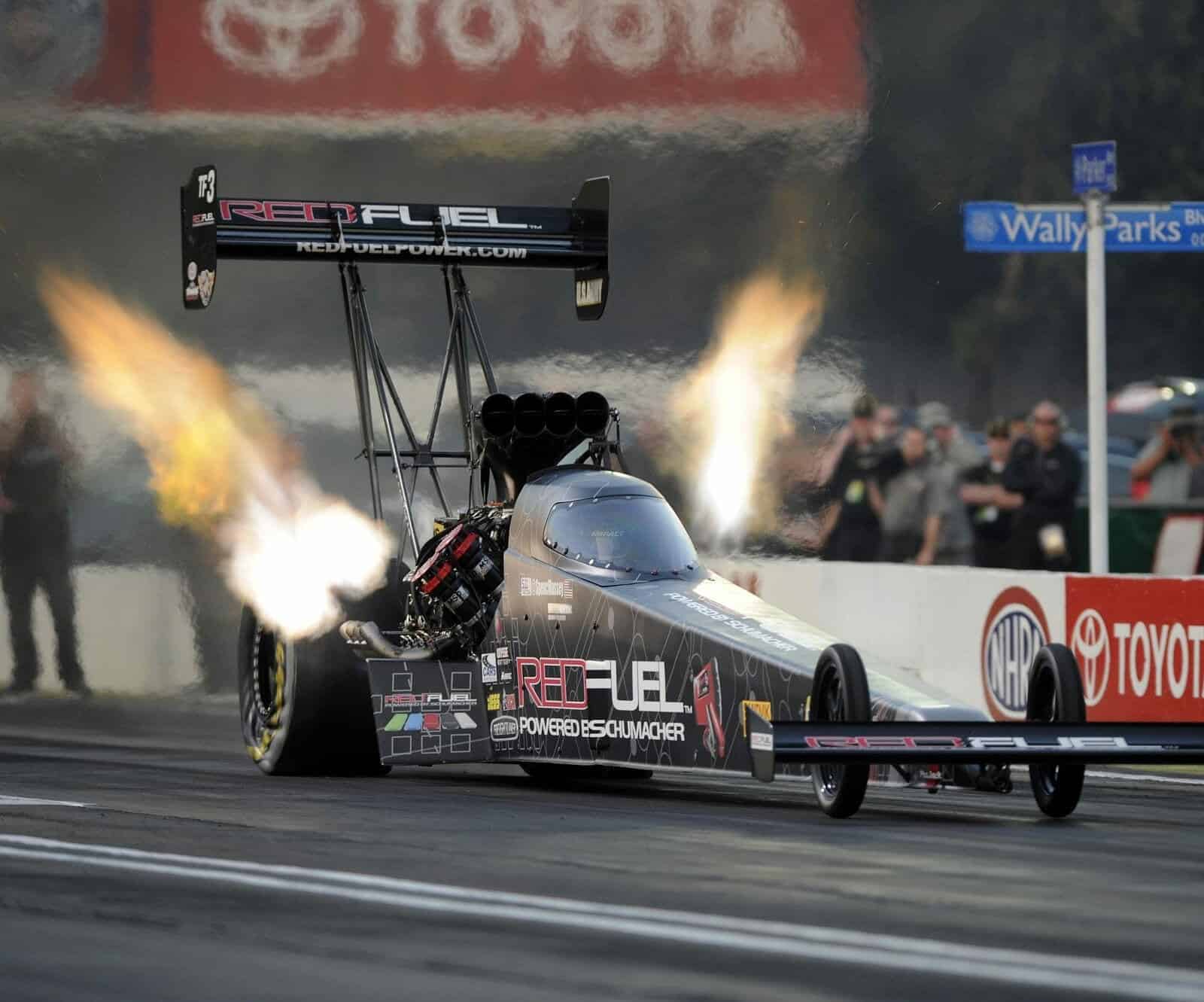 You can make a pretty good argument for the idea that drag racing fans are the true gearheads of the motorsports world. NASCAR fans absolutely feel manufacturer loyalty; some will even switch long-standing driver loyalties because their guy went from Chevy to Ford. But it’s something different for drag racing fans. Something more than just manufacturer loyalty, which is still a part of the equation certainly, but just one part of it. Drag racing fans, to an amazing extent, understand the tech and what makes these cars tick and just flat know their cars, historic and late model.

The relatability of the average person to the cars on the track could have a lot to do with that. NASCAR has that, if you want to drive a Fusion or a Camry, or maybe a Camaro or Mustang if you are an Xfinity Series fan. You don’t have to know much about cars though to follow the sport. IndyCar is just out of luck on the relatability factor. Those Chevrolets and Honda are not like anything the average person will ever encounter. It does help to have a rudimentary grasp of the tech involved, though, and many fans do.

Granted, the NHRA Nitro cars aren’t like any car you will find in real life either, but look deeper. Pro Stock cars are a lot closer to cars we see on the street, but get down even deeper to the Pro Mods and stock and sportsman classes and now you’re talking. If you love classic cars or muscle cars, you can see them at the drag strip. If you want to understand the differences between classes, not just at NHRA but at your local track too, a basic grasp of the tech helps. You don’t have to know how to install a supercharger or a turbocharger, but it helps to know what they are and why they are different.

Still, don’t let the tech scare you. It’s not as difficult as it sounds and certainly shouldn’t be a reason to keep you from giving drag racing a try, particularly if you already love cars.

Driver of the Week: Spencer Massey

2013 – Third consecutive season in which he earned four victories.

Some Things Most People Don’t Know About Spencer: Spencer loves to travel, so much so that he drives his own motor home to each event so he can see the sights along the way and visit with fans in the towns he passes through. His favorite thing though is still drag racing.

Spencer is one of the many graduates of the Jr. Drag Racing League, where he started his racing career. He’s still looking for his first Mello Yello Series championship, but he was the 2006 Top Alcohol Dragster Division 4 champion. He also knows how to turn the wrenches, having served as a crew member on the Top Alcohol Dragsters of Ashley Force Hood and Morgan Lucas and as crew chief for Scott Palmer’s Top Fuel dragster from 2001 to 2004.

What’s the craziest thing that has ever happened to Massey at the racetrack? Find out in this video!

“I found if I stayed in the gym, the gym becomes a place I love. I have music there, TV if I want to watch the news. That depresses me. But I also found there’s so many things I can do. I can study contracts. The guy in the gym was laughing so hard. I was on a treadmill running, trying to read this manual. I slipped. I went down on the ground. It shot me off the back of the treadmill. I looked like the guy in Dumb and Dumber. Shoved me into the wall. I got up, was OK. You got to be careful, focus more on your workout than trying to read contracts” – John Force on his fitness regimen.

If you watch the Pro Stock cars on the starting line, you will see the crew chief taking some measurements and making final adjustments to the wheelie bar on the back of the car. Justin Elkes, crew chief at Gray Motorsports, explains what this adjustment is for.

Speaking of staring-line rituals, there is also the burnout. But that’s just for show, right? Wrong. The burnout is very much a part of the starting line procedure. What does it do? The actual purpose is to heat up and clean off the tires. Drivers roll through the water box (the puddle of water at the head of the lane) which serves to clean off the tire and also to provide some moisture to facilitate the burnout, and then perform the burnout, spinning their rear tires at high RPM. Heating and cleaning the tires helps drivers gain traction to launch the car. It doesn’t hurt that fans love to watch burnouts either.

Number of wins for Funny Car driver Ron Capps, who took the Wally home this past weekend in Houston. Capps is the winningest driver to not win a championship. It’s still early, but he’s also the current Funny Car points leader after Houston.

Alas, we have a couple of off weekends before the NHRA Mello Yello Series is back in action. The next event is the Summit Racing Equipment NHRA Southern Nationals in Atlanta May 15-17. What to do in the meantime with the two off-weekends? Well, just a suggestion, but you could always check out the action at your local drag strip.

Drag racing is exciting on site but for some reason does not translate well to television. I’ve no idea why.

I agree JohnQ. I’ll be honest about it–I took only a passing interest myself until a friend had an extra ticket one year and I saw it in person. I’d seen it on TV before that of course but it didn’t really make an impression. I found though that once I’d been in person, I was more interested in watching on television. It’s still not the same of course–you can’t hear it or feel it–and I think that’s key to the excitement–but I took enough of an interest in it to want to follow it and short of traveling the circuit, well, TV is what you can pretty much get when you can’t get there!