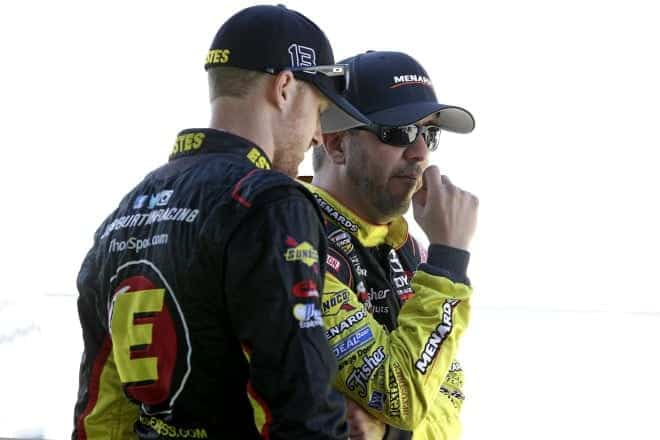 While the Camping World Truck Series sits idle, Matt Crafton will make a special appearance at the Dirt Track at Texas Motor Speedway later this month. According to a report from the series website, the back-to-back champion will run the Christ Kyle Memorial Benefit truck in The Off Road Championship (TORC) season opener at Texas.

“To drive the Chris Kyle Memorial Benefit PRO 4WD truck for Chris Kyle is an absolute honor,” said Crafton. “I watched the American Sniper movie about a month ago and it was just amazing and I’m grateful for the opportunity to support his family in raising funds for a cause Chris cared so much about.”

Crafton’s appearance is a part of several events leading up to the Second Annual Chris Kyle Memorial Benefit that will be held in the Fort Worth (Tex.) Stockyards May 1-3. Additionally, Kyle’s father, Wayne, will serve as grand marshal for the race, and there will be a booth at the track where fans can donate directly to the benefit.

Crafton has raced in the TORC series previously and earned a podium finish in his first career start at Chicagoland Speedway in 2012.