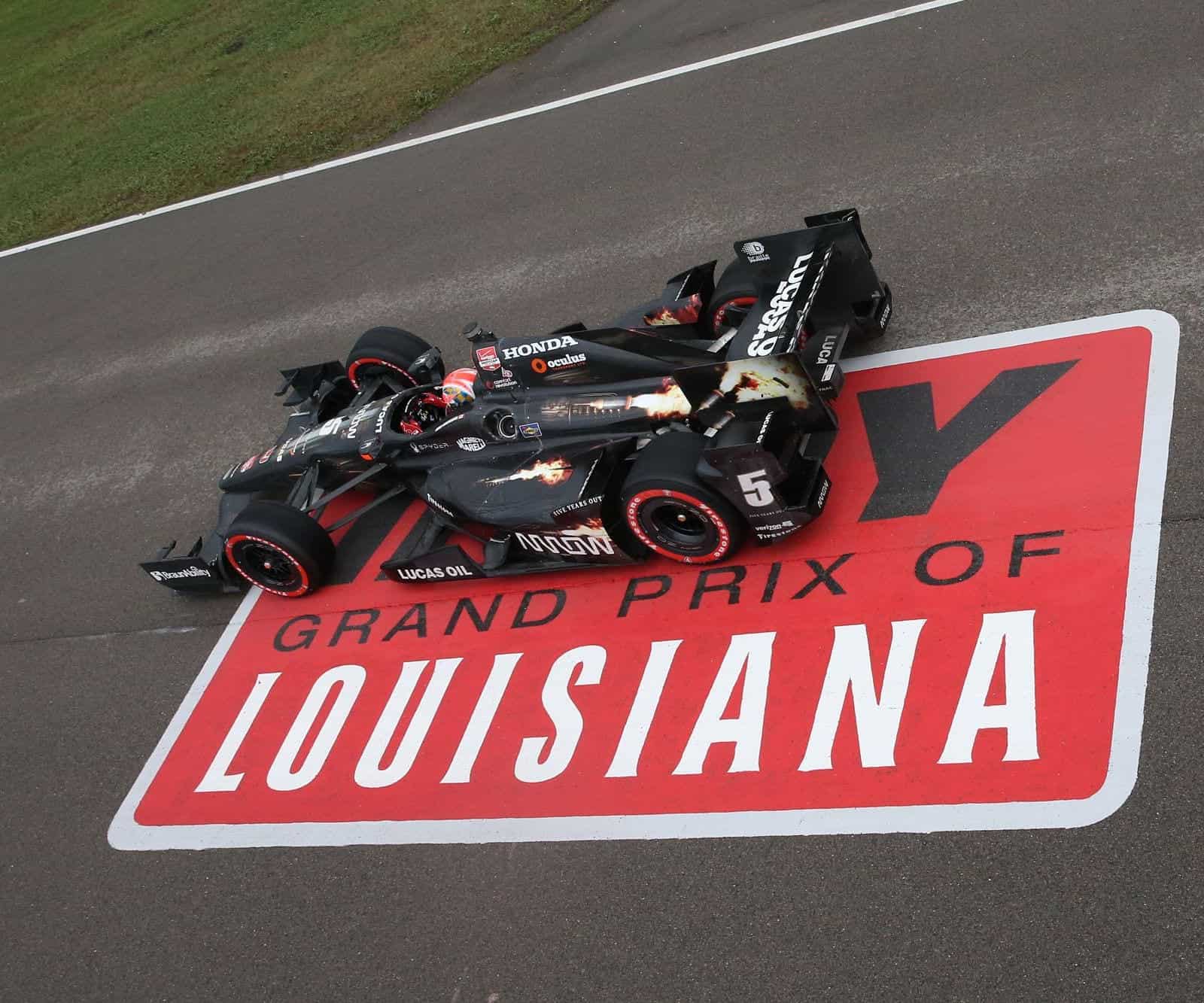 Kyle Busch popped out of his groundhog’s hole this week, meaning that NASCAR will feature six more weeks of uninspiring racing. OK, Busch’s appearance may not have signaled such a thing, but surely his absence from the track does nothing to better the product. However, by meeting with the media, Busch did address one of the key aspects of racing that fails to get its due credit at times: safety.

The prescient remark Busch made about the inside wall at Daytona only seemed to foreshadow his own injury. The question that arises from such an incident, however, is a simple one: How come it is the drivers that are the ones noting the issues with the sport rather than the governing body? Isn’t one of NASCAR’s jobs to provide a safe environment (well, as safe as an environment can be made with 43 lunatics driving around) for its races? All too often this aspect is left to the tracks which may not have the same possible mindset.

The governing body still has its place, though. One of the wonderful things that came from the race at Texas was the wonderful slow-motion footage of the the pit stops. While technology now allows the viewer to see these highly choreographed dances around a machine with stunning detail, the most interesting aspect was watching those with the air guns only attempt to nail four of the lugnuts to attach the wheel.

NASCAR, in its infinite wisdom, stated that for this season there would be no infractions for missing lugnuts and that a penalty would occur only should a wheel fall off because of missed lugnuts that caused a caution. Well, teams saw this rule change as an area to speed up their stops and have found that five lugnuts aren’t mandatory. They may be right, but if the governing body is supposed to focus on safety, then it seems counter-intuitive to make not affixing all five lugnuts an acceptable practice.

So either how the tires get attached on to the cars should change, or hitting all five lugs should be the standard. Allowing for the prospect of a wheel falling off, which has the potential to send car and driver either into a wall or other drivers, goes against the very notion of setting a safe environment. But until NASCAR changes the rule, the teams will continue to scrape for every nook that might give them an advantage.

Happiness Is… Bristol. With the modern cars and the track changes, the racing at Bristol is not what anyone remembers.  The high line is the new low line. The bump ‘n’ run has fallen by the wayside. The general animosity that drivers would feel toward one another after the race has largely been replaced – save for Tony Stewart throwing his helmet a few years back.  So yeah, things aren’t quite what they once were.

But maybe there’s some hope for the 2015 iteration at Bristol.  Perhaps it’s time to get Rita Ora to introduce the race. If you don’t remember (or don’t care), Ora is the blonde woman who stepped out in front of Dom Toretto and Letty Ortiz in Fast & Furious 6 to start their improbable street race through London, only one of the most congested cities in the world. But Ora delivered the line, “This is London, baby,” with such aplomb that it’d be fantastic to have her step out and say, “This is Bristol, baby,” and then have the drivers start their engines. Because with the addition of SAFER barriers (long overdue) to the track, the racing surface is further lessened and offers the potential for the drivers to feel more harangued and to battle more for space. Or so should be hoped.

Happiness Is… The Beach. Last week’s IndyCar race at the inaugural Grand Prix of Louisiana can be described by the following adjectives: terrible, s*^t show, awful, craptastic and disappointing.  he rain-soaked track never allowed for good racing and the drivers didn’t help themselves, providing enough cautions that the pace car led the most laps (how come that driver wasn’t on the podium?). So to put that experiment in motorsports in the rear view it’s great that the series is heading to one of its more historic venues and will be gracing the streets on Long Beach, Calif.

When the race outside of N’awlins looked like they might actually go the distance, the Penske crew seemed to have things figured out well beyond that of other teams. That Penske is good is not surprising; rather, that Juan Pablo Montoya seems to be leading the charge, ahead of his teammate and defending series champion Will Power, is the fascinating part. With no rain in the forecast, the race in Long Beach will likely be one where things return to form for the powers that be.  However, the one question that must be asked: will anyone be watching? Because after the last race, the incentive likely isn’t there.

Happiness Is… Bahrain. The question that should be asked here is not where the hell is Bahrain but rather why the hell do they have a Formula 1 race and places like Germany and France do not? Oil money is the easy answer but it’s also a nod at the willingness to replace history. NASCAR too has ditched history for new horizons, which makes the moves less of a trend than a common business practice. Casting aside these issues, the track in Bahrain does make for compelling racing, if not for the drama alone.

Last year, Lewis Hamilton and Nico Rosberg fought each other to the finish in one of the season’s defining moments. With those two already snipping at each other the potential for something interesting to happen increases. The first scenario could have one of them do something stupid on the track that jeopardizes either one or both of them. The second scenario is that they are so intently focused on each other that it allows the Ferraris to creep into the scene.

As the fourth stop of the season, this race may well define a lot of things in regards to performance as well as drama from here on out.

I don’t mean to sound bad, but it is actually nice having one less baby at the track. Gets old and tiring.

Amen, Busch is more of an annoyance than anything else.

Will the heat in Bahrain favor the Ferrari’s, as it perhaps did in Malaysia? If the Mercedes dominate there the rest of the competitors will have a long season. And Honda is supposed easing some of the limits on their power unit so perhaps we will see McLaren moving forward this week. It should be interesting.