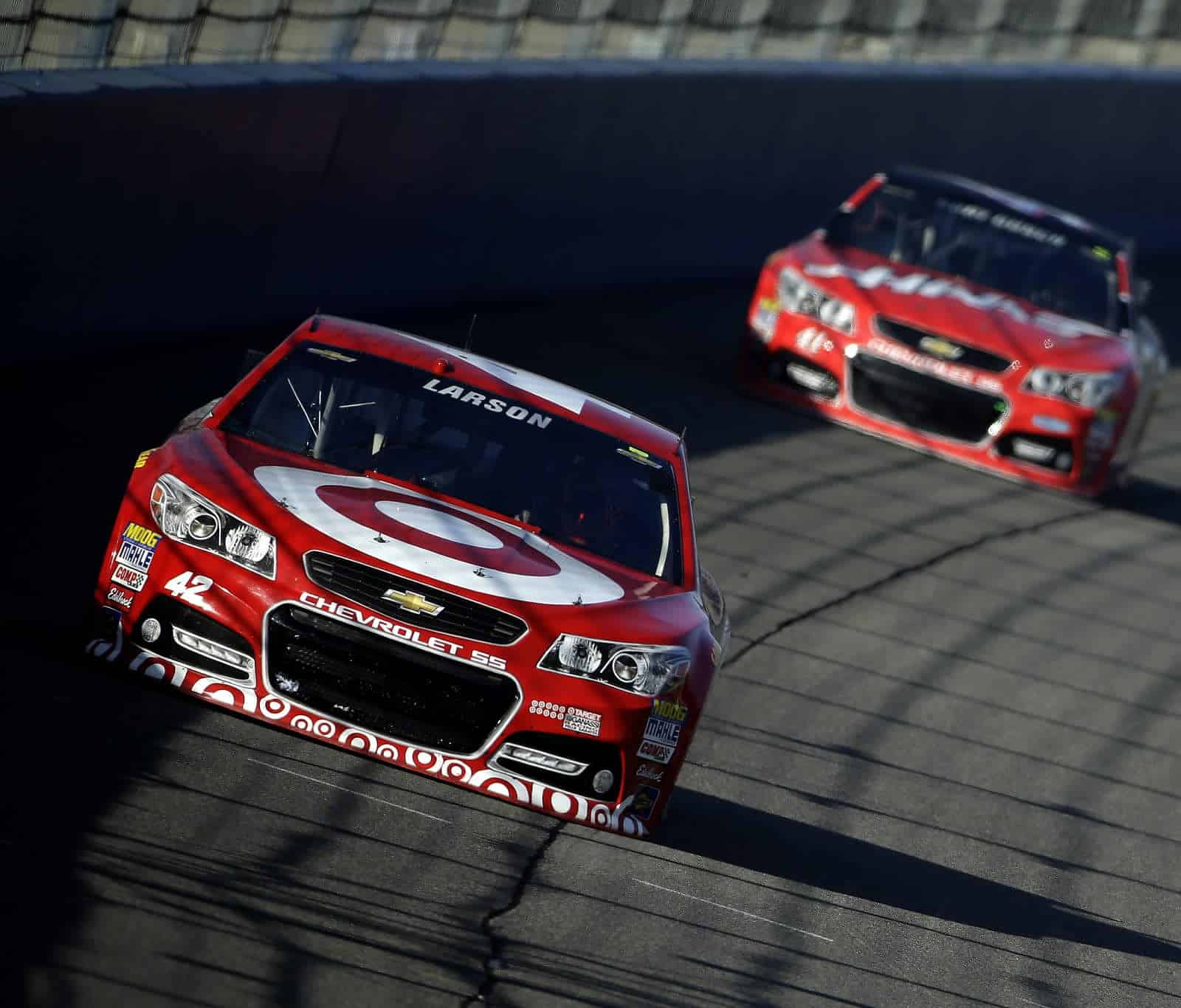 Frontstretch will scour Twitter weekly looking for some of the best social media posts from your favorite drivers, crews and NASCAR personalities. These were some of our favorite tweets from the previous week and we hope you enjoy them as well!

As I was walking out the door for DC trip today I heard ole Uncle Tom gobbling. Bout that time!!!!

Clint Bowyer is one of those people who love the outdoors when not racing on the weekends. During this time he loves hunting, fishing and camping. Judging by this post, Bowyer is certainly ready for the turkey hunting season.

When you own animals, sometimes they’ll do whatever they can to interrupt us for attention. In this photo tweeted by Danica Patrick, Dallas is trying to steal her seat. No matter what, we still love the furry friends!

Many drivers continue to honor Steve Byrnes who has been battling cancer lately. Byrnes is a reporter for FOX Sports 1. Casey Mears made a nice gesture to put Byrnes name on his racecar to honor him. The Red Horse Racing team in the Camping World Truck Series is also doing this same thing. We hope you get well soon, Steve!

If @NASCAR existed only as a series running short tracks like @MartinsvilleSwy I think I'd be ok with that.

Dale Earnhardt Jr. sent out this tweet suggesting that NASCAR should add more short tracks on the Sprint Cup schedule. Even though the driver did not have a great day after being involved in multiple incidents, it shows that he still enjoyed himself. Enjoying yourself no matter how bad something might be is the only thing that matters!

If you watched the last part of the race, you saw an impressive burnout by Denny Hamlin. Hamlin celebrated so much that he blew one of his tires while doing donuts all over the track. NASCARCasm sent out this hilarious tweet, saying it could be seen from space.

Over the course of the STP 500, there were several drivers who lost power steering inside their cars. One of those were Martin Truex Jr. who has been on an impressive run as of late. After battling the car around the tight corners, his arms are probably sore after it. Though, we doubt they were like this!

What happened to these pictures?@NASCAR

Brad Keselowski, who captured the win at the Auto Club Speedway, had his picture tweeted out by NASCAR. Well, in this hilarious tweet, Keselowski asks what happened to these touched-up photos. These are probably the coolest driver photos ever!

Be sure to check back here next week for another edition of Tweet ‘N’ Greet! If you’re on Twitter, also be sure to give us a follow @Frontstretch!