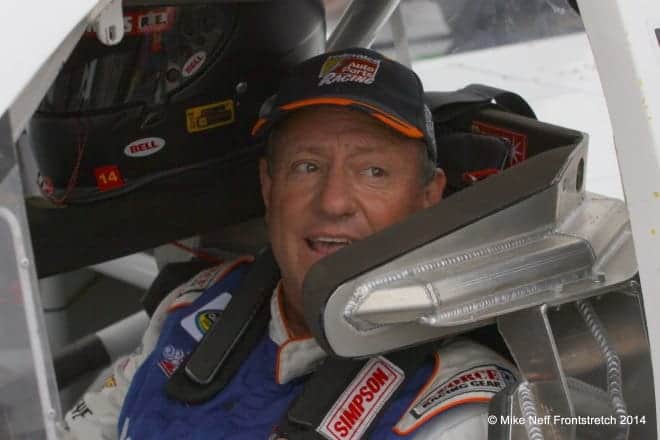 Ken Schrader Racing and Federated Auto Parts have announced that they have teamed up for a 16th consecutive season.

Ken Schrader will continue to compete in select ARCA Racing Series events and select dirt events around the country.

“We are looking forward to another exciting season as the sponsor of Kenny and his racing teams,” said J.R. Bishop, director of motorsports and event marketing for Federated, in a release. “Kenny has become synonymous with Federated. He is very popular with our members and their customers, and he does a tremendous job representing Federated across the country, whether at the Federated 400, an ARCA race or a local dirt track event.”

Schrader will run in seven ARCA events, sharing the ride with Clay Campbell, Matt Tifft and Ross Kenseth. Kenseth is the son of 2003 NASCAR Sprint Cup Series champion Matt Kenseth, while Tifft is competing part-time in the NASCAR Camping World Truck Series for Kyle Busch Motorsports. Campbell, who drove for the team in the season-opening Daytona race, is the president of Martinsville Speedway.

Campbell will drive at Talladega Superspeedway in March and Kenseth will race at Michigan and Chicagoland Speedway.

“With the drivers we have on board for this season, it looks as though we will have some exciting finishes and experience some great racing within the ARCA ranks,” Schrader said. “I’m looking forward to working with Matt, Clay and Ross.”

A part time ride in ARCA is more than what this weasel deserves.
Wish that Junie could tell you all about it.