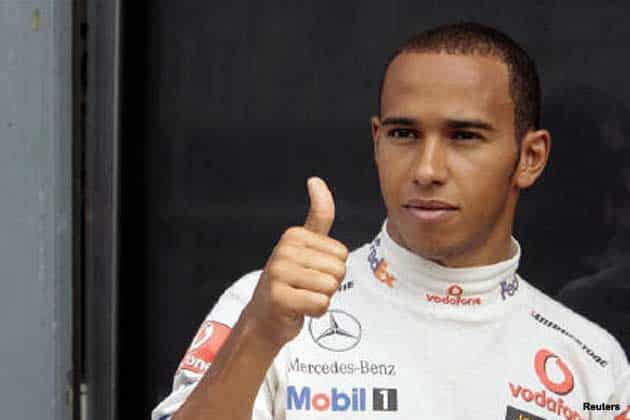 Frontstretch will be bringing more Formula 1 coverage this season.  Here is the beginning with a look towards the season opener in Australia.

Last season Lewis Hamilton drove the dominant Mercedes to the title facing his best competition from his teammate Nico Rosberg.  The Mercedes was so stout that the third-place driver, Daniel Ricciardo, finished 79 points behind, which for the series is the equivalent of not being much competition at all.  Heading into the final two races, Rosberg had some chance of eking out a championship run, but Hamilton made no mistakes and basically cruised to the title, the second of his career.

With Hamilton cementing himself as one of the best drivers on the grid, one of the questions that may arise is whether he will be as hungry in 2015 as he was last year.  That concern may be mitigated by the fact that Rosberg is miffed at the 2014 season and will be looking to make his proverbial mark.  But really, is that what 2015 will be like, another battle between teammates?

Plenty.  While F1 enacted no major rules changes for the upcoming season, that doesn’t mean that teams aren’t still trying to figure out their sweet-spot for the engines.  Mercedes, however, doesn’t seem to be struggling as they focused work on reliability rather than trying to find speed during the three test sessions that have been held so far.  In comparison, Williams, Red Bull, and Ferrari have all been playing catch-up as they attempt to match the Mercedes pace.

The big changes in the offseason were ones that all came as no big surprises.  With that being noted, having four-time champion Sebastian Vettel jump from Red Bull to Ferrari is probable the biggest of them all.  Sure Vettel struggled with the latest iteration of the RB car but it still seems surprising that he would jet to the prancing pony after just one bad year.  Perhaps it was that his teammate outperformed him.  Or maybe he’s trying to copy the success of his countryman Michael Schumacher by finding a home at Ferrari.  Regardless of the reason, Red Bull moved on in quick fashion by bumping Daniil Kvyat from Russia into the seat.

On parallel with Vettel changing teams is Fernando Alonso’s move to McLaren during the offseason.  This move might be even more peculiar as McLaren was already once Alonso’s home – albeit one contentious year.  During that season, Alonso was paired with Hamilton who both had a chance for the championship but the two got along like cesium and water (look it up, explosive) while Alonso also played a part in an investigation that later found McLaren guilty of stealing secrets from Ferrari that later led to McLaren being fined 100 million €.  That Ron Dennis, who heads McLaren, and Alonso are able to move on from all of that drama does come as a bit of a shock, but that’s how things go sometimes.

In addition to adding Alonso, McLaren is also switching to Honda as its engine manufacturer – something that, to date, has not quite gone smoothly.  Honda is re-entering the sport and is pairing with a team it once knew well, but there are always growing pains and the testing so far this season has showcased them as McLaren, overall, has tallied the fewest amount of laps (ignoring Manor racing).

Other moves include Felipe Nasr, of Brazil, taking a seat for Sauber.  Not a big splash but definitely one made with finances in mind as Sauber struggles to keep up and Nasr should be able to help secure some funding from the Brazilian market.  Red Bull’s cousin, Toro Rosso will be putting Carlos Sainz Jr and Max Verstappen in the cockpits of their two cars.  As both are rookies, there isn’t quite yet a clear expectation of performance.

Finances seem to be the key aspect to F1 racing at the moment as it hovers over teams that are struggling, like Sauber, Force India, and Manor Racing (formerly Marussia).  Add in the fact that Caterham already folded last year and that makes for a bit of an unstable back-end of the grid.  It’s then no surprise that F1 is considering taking offers from people/teams willing to join the circus, as Gene Haas will be doing next year.  This issue is not likely one that will be going away any time soon.

The financial aspect of the sport also is becoming a greater influence with regards to which tracks are placed on the schedule.  There has been a shift away from the European circuits due to the rights fees and now even a stalwart like the German Grand Prix is under possible future exclusion.  Because tracks like Abu Dhabi or Russia are able to pay the monstrous amount, it creates a difficult market for the tracks that helped build the sport into what it is now.

What to Look Forward To

Well, the racing.  It all begins next weekend at the Melbourne Grand Prix when the cars take to the track and start using all of their offseason improvements to see what kind of battle may indeed exist.

Check back next week for a preview.

The best story of the off season is the survival, or perhaps the resurrection of Manor/Marrussia. the issues surrounding Alonso’s injury could be the strangest in motorsport.