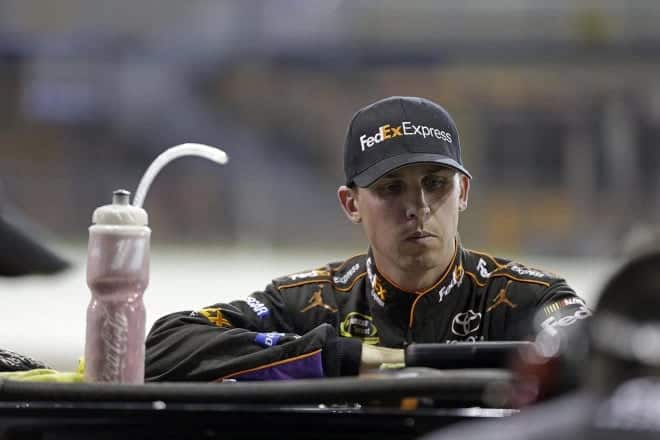 Could we have the Elliott Sadler myth dispelled?

Tom Bowles made a very profound statement: ” What I think is irrelevant to the reporting process” – one of the few things he has said lately that I agree with !

Danica can go slapping and punching and no one can touch HER. But if she were a man someone would have knocked her head off by now.

And I have a feeling that we will learn more of Driscoll very soon.

Yes, crickets…very disturbing!!!!!!!!! She went up and shook him! Come on! She and others want “equality” but if Denny returned the favor..good grief the “boycotts” and the screams of foul and abuse would be heard around the world. The world is upside down. It is insane. And again, and again I am no fan of Hamlin’s.

rascalmanny, I feel the same way about Danica. She’s done this sort of “confrontation” deal since her Indycar days and gets away with it because she knows that she has an advantage in that sort of situation. She tried that stuff with Simone years ago and it didn’t work out quite the same for her since Simone was on equal terms as a women driver, too.

I realize that with the Kurt Busch situation, it may sound odd to say that I think it is unfair that Danica uses the fact that she is female to her advantage, but IMO, she does exactly that. If a MALE driver had approached Hamlin like that, the teams would have been there and there would probably have been pushing and shoving between the guys. Of course on the other hand, I wouldn’t have been too happy to have been called “honey” by Hamlin either.

I think it was a “racing deal” as mentioned above. After all, Harvick & Logano had a similar situation and had words after that.

I am amazed that so few noticed her very aggressive move on Hamlin, she grabbed him and shook him, come on Nascar. Why is this allowed? You know damn well that is this was a man doing that Denny would have had to do something and fines galore would have happened. Did Nascar forget Ambrose/Mears? Please tell me what is different other than Hamlin didn’t do anything? Why is she given a pass…CRICKETS FROM NASCAR. I knew this very thing of the “women being the victim to men” would rear it ugly head in Nascar..meaning this midget would get physical and a man would NOT be able to touch her, if he did his life as he knows it would be over. I see a bunch of nutty females got the best of Nascar this weekend, pathetic. Wanted to hurl with hugs when the little idiot’s tears welled up and she was close to a breakdown..HUGS…FREAKING HUGS!!!!!!! I could not believe what I witnessed. Nascar is doing a big flush!!!!!!!!!!!!!!!!!