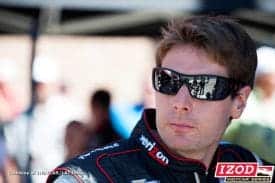 In a bizarre and unanticipated move, BAND Tv out of Brazil announced that the season opening IndyCar race, to be held at Autodromo Internacional Nelson Piquet, is cancelled.  The race was scheduled to take place on March 8.

The circuit had been undergoing renovations and there was nothing indicating that the construction was the issue.  The government’s backing of the track, through its Terracap agency, the one that runs the track and would promote the race, is the culprit.  That two-thirds of the seating had been sold in addition to all of the paddock and hospitality areas makes this decision more confusing.  Though the government is facing deficits (some likely caused by hosting the 2014 World Cup) it is odd that they would not want to encourage consumer spending.

What it means to IndyCar

A few things.  First, apparently the series is covered from an insurance prospective, so they will not lose any money or face scrutiny for the cancellation.  Thus, from a financial perspective, they seem to be in good shape.

From a PR slant, this looks like a bit of a gaffe because solid racing series are not supposed to have their races cancelled just six weeks from the event.  Sure, weather can be a factor.  So can civil unrest in a country (just ask F1) but this sudden nixing of the race from the schedule does not look good for the organization.

Not only does it give the insinuation the series is weak but also corrupts the product.  The race season will now be a seemingly all-too-short 16 races.  That’s really not an ideal number, as closer to 20 is much preferred.  That does not mean that the on-track product will not be good but rather that 16 races just seems to be a small sample size.

One further aspect to consider is how IndyCar proceeds.  Will they look to return to Brazil, one of their stronger markets?  Do they now put more focus in trying to get into the European market, like Italy, where rumors had them looking?

Regardless of how one thinks about moving forward, having the season opener cancelled sure isn’t the way to get things going.