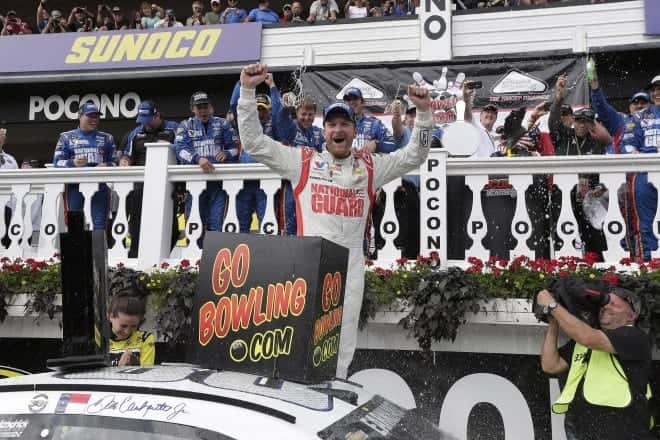 Dale Earnhardt, Jr. made another statement as to why he’s a top contender to win the 2014 Sprint Cup Championship Sunday, sweeping both races at Pocono and scoring his third win of the season. To put this year’s performance into perspective, Junior won only one race in the past five seasons.

It was an up and down day for the top Power Ranking vote-getters after Indianapolis. Although six of the Power Rankings’ top 10 finished inside the top 10 Sunday afternoon, a number of drivers were not able to capitalize at the second-consecutive flat track. Brad Keselowski, Jimmie Johnson, Kyle Busch and Matt Kenseth all finished outside the top 20 for a combination of reasons including tire failure, crash damage and engine issues.

Only five races remain until the top 16 are locked into The Chase and a number of drivers expected to win during the regular season are still winless. Teams head North to the final road course of the season at Watkins Glen, New York. See how your favorite driver ranks after the second stop at the Tricky Triangle.